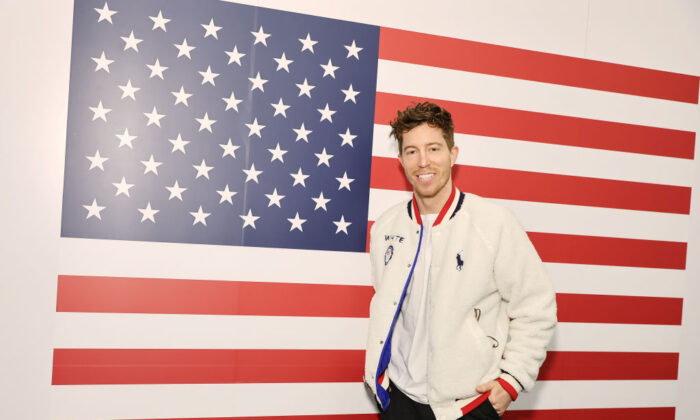 The 35-year-old White, once dubbed the “Flying Tomato” because of his flowing red hair, has participated in four Winter Olympics in his career, winning gold in the snowboard halfpipe event in 2006, 2010, and 2018.

“This has all had its amazing glow to every single decision and every single competition because I’ve decided this will be my last Olympics,” White said during a news conference on Feb. 5 in Beijing.

“I’ve given it my all, there have been some ups and downs on the way to get here,” White said. “And with that I feel I’ve gotten stronger and better.

“I’m just so excited about everything. Opening ceremony was incredible. The venue looks incredible. I’m just enjoying every single moment,” he added.

White was the first person to compete in and win both the Summer and Winter X Games in two different sports: skateboarding and snowboarding.

A graduate from Carlsbad High School in 2005, White became a professional in skateboarding at the age of 16 and has since won many titles on his skateboard, including the overall title of Action Sports Tour Champion.

He started snowboarding when he was 6 and turned pro at age 10.

In the Winter X Games, White has won a medal every year since 2002. Including all Winter X Games competitions through 2013, his medal count stands at 18 (13 gold, three silver, two bronze), among which is the first quadruple win streak by a male athlete in one discipline, the snowboard slopestyle.

In 2012 at Winter X, White became the first person in the history of those games to score a perfect 100 in the men’s Snowboard SuperPipe.

White, who underwent two open-heart surgeries as an infant, has granted 17 wishes through the Make-A-Wish Foundation since 2008.