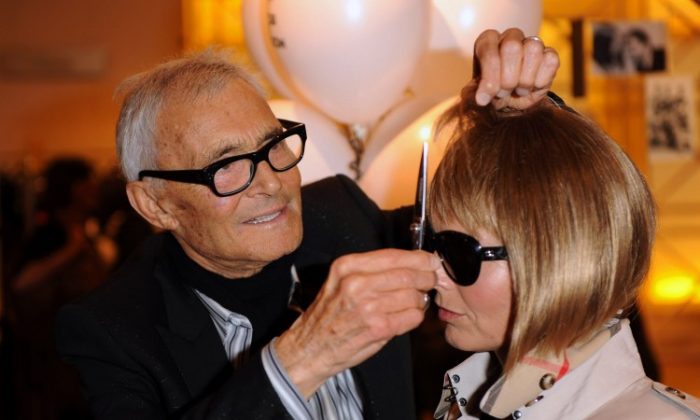 Born and orphaned in London in 1928, Sassoon dropped out of school at age 14 to work as a shampoo boy in a local salon and had remained in the industry ever since. He gained his fame in the 1960s for his “wash and wear” philosophy and styled the hair of celebrities including Twiggy, Mia Farrow, and British fashion icon Mary Quant.

Sassoon, who later moved to Los Angeles and launched a successful product line and an international chain of salons named Sassoon, had been credited for revolutionizing the hairstyling industry with his simple geometric bob hairstyle.

Yet Sassoon was more than a fashion icon. Although not a religious Jew, Sassoon had been a lifelong advocate for human rights, especially for the Jews against fascists during Second World War, according to The Guardian. Sassoon in 1982 also helped establish the Vidal Sassoon International Center for the Study of Anti-Semitism at the Hebrew University in Jerusalem.

Sassoon, subject of a 2010 documentary named Vidal Sassoon: The Movie, had been married four times and had four children with his second wife, actress Beverly Adams. It was reported last year that Sassoon was diagnosed with leukemia two years earlier and was receiving treatment in both London and Beverly Hills.