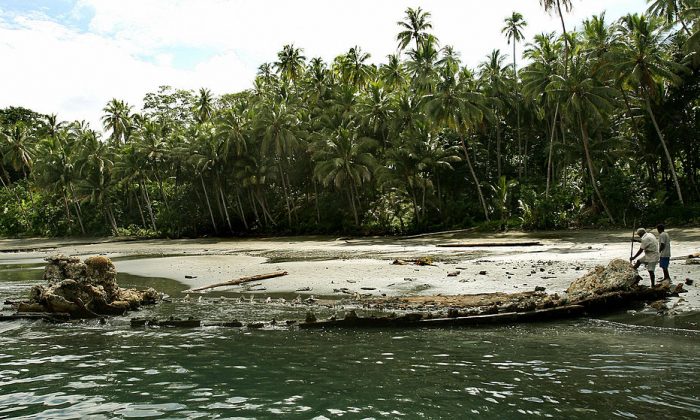 The legendary tree-dwelling giant rat spoken of by natives of the Solomon Islands for generations has been confirmed by Scientist as a new species.

Scientists tried for years to find the elusive rodent using many methods—including climbing trees, setting traps, and setting up motion-sensor cameras—but to no avail, Newsweek reported.

That was until 2015, when loggers felling a tree found a specimen when the tree hit the forest floor, revealing one of the giant rats. Locals had been trying to convince scientists of these treetop rats’ existence in the Solomon Islands for over 20 years, National Geographic reported.

The rodent of unusual size can weigh two pounds and reach lengtshs of 1.5 ft (45 cm) https://t.co/JAaNkw7Q8A

A ranger in the forest saw the dead rat and had its remains preserved and sent to a museum in Australia. Scientists realized they finally had evidence for what would be named a new species of rat.

“I immediately knew it was something new,” mammalogist Tyrone Lavery, who’s been searching for the rat since 2010, told National Geographic.

The Vangunu giant rat, named after Vangunu Island, where it was discovered, weighs over two pounds and grows up to 1.5 feet long. It is also the first new rat species discovered in 80 years on the Solomon Islands.

Other than its large size, the rat is peculiar in its tree-climbing ability. Wide back feet with curved claws and large underfoot pads are believed to allow treetop traction, and a long, hairless, scaly tail also helps the rat stabilize itself when bounding through the treetops.

Large incisors allow the giant rats to crack into into coconuts.

The Solomon Islands are located east of Papua New Guinea and north of Australia. The region is known as Melanesia, an area rich in unique wildlife species, and also in giant rat species.

“The issue is they are increasingly bloody hard to find,” said Nathan Whitmore, a biologist with the Wildlife Conservation Society. “Many are likely to go extinct before we ever know they exist.”

According to National Geographic, 90 percent of trees on the Solomon Islands have been logged. That could mean the Vangunu giant rat is already critically endangered.

But even finding that one dead giant rat has proved valuable.