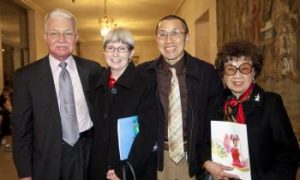 Legend of Zelda Has its 25th Birthday

The game provided users with a unique blend of action, roleplaying, puzzle, and adventure gaming as they controlled Link via a top-down perspective as he quested through the colorful fantasy world.

The first game proved to be a smash hit on par with Mario and became the first Nintendo game to sell more than one million copies. Since the first game was released, nearly 60 million Zelda games have been sold across different platforms.

The series consists of around 15 official games and a number of spin-offs, included the ill-fated Zelda games for the Philips CD-i, which featured the now-infamous cutscene dialog.

The website 1up.com features an entire series on the 25th anniversary of Zelda, including a catalog of the entire series, the 25 “most useless items,” and the most embarrassing things about the series.