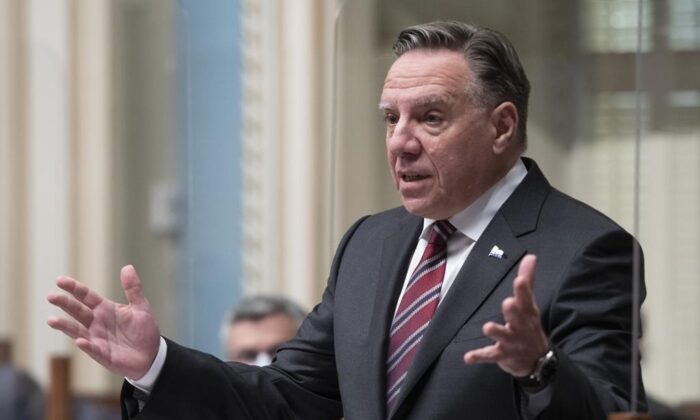 Quebec Premier Francois Legault responds to the Opposition during question period on October 7, 2021 at the legislature in Quebec City. Legault's government will set out its priorities for the rest of its mandate with an inaugural speech on Oct 19. (The Canadian Press/Jacques Boissinot)
Canada

Quebec Premier François Legault’s government will set out its priorities for the rest of its mandate with an inaugural speech later today.

Legault has said in recent weeks that it’s time to begin planning for the post-COVID-19 pandemic period, repeating that message Monday in a Facebook video.

Prorogation ended work on all bills before the legislature, but the government can bring back legislation it considers essential and pick up where it left off.

The last time a Quebec premier prorogued the legislature was in 2011.