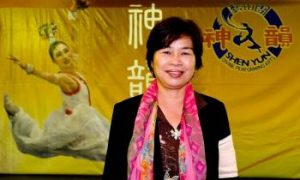 Legality of Homeland Security Searches of Electronics at Border Questioned

Concerns continue to grow regarding what organizations such as the American Civil Liberties Union deem to be the Department of Homeland Security’s unlawful search and confiscation of materials at international U.S. borders. Several individuals have recently had their electronic equipment such as laptops, cellular phones, and USB flash drives confiscated at the borders of the United States without proper legal documentation.

David House, 23, of Cambridge, Mass., is an MIT researcher whose laptop, flash drives, and cameras were confiscated at the U.S.-Mexico border by the Department of Homeland Security (DHS) on his way back into the United States after a vacation in Mexico.

“The detention and search of these electronic devices were not authorized by law and violated the First and Fourth Amendments to the U.S. Constitution,” writes the American Civil Liberties Union (ACLU) on their website.

While DHS claims to have confiscated the electronics as part of a standard border search, the ACLU and others such as Salon.com's Glen Greenwald have argued that DHS was motivated by House’s connection with Bradley Manning, the American soldier currently held in detention for an alleged connection with WikiLeaks.

House writes in a blog post that he is one of few individuals who are able to visit Manning in his detention facility in Quantico, Va., After a recent visit, House confirmed the concerns of human rights organizations such as Amnesty International and the ACLU about the conditions in which Manning is being held, claiming that he is in prolonged periods of solitary confinement, in which he is unable to exercise or sleep adequately.

House’s laptop was taken at the border and withheld from him for seven weeks. The material was returned the day after the ACLU sent a letter to DHS, U.S. Customs and Border Protection, and Immigration and Customs Enforcement requesting that House’s possessions be returned to him.

"We are pleased that the government backed down and made this return so quickly after our demand," said Carol Rose, ACLU of Massachusetts executive director in a press release. "However, it shouldn't take seven weeks and an ACLU demand letter for travelers to get back property that the government has seized unconstitutionally. We want to know why this happened, and whether or not government agents tampered with Mr. House's property.

DHS also confiscated the laptop and cellular phones of researcher Jacob Appelbaum at the border of the United States and Canada. Appelbaum was working on a privacy protection software called Tor. He was also the cofounder of a hacker space called Noisebridge located in San Francisco's Mission District, according to a recent CNET article. Jacob Appelbaum has had close relations with the WikiLeaks project.

While Appelbaum’s laptop was returned to him, his three cellular phones are still being held by DHS, according to the ACLU.

Individuals are protected by the Fourth Amendment of the Constitution from illegal search and seizure. However, a border search exception says that DHS has the legal ability to perform routine searches of the possessions of travelers at U.S. borders without a warrant. Border security may perform non-routine searches, however, they must be backed with reasonable suspicion.

It is unclear whether searches of electronic material such as cellular phones and laptops constitute a routine search.