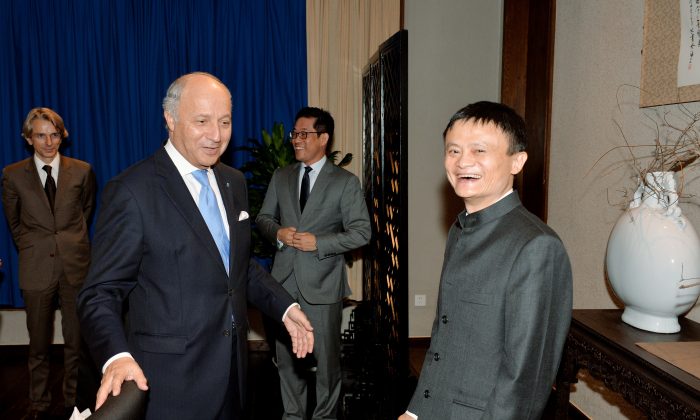 Facing investor backlash, Alibaba last week updated its IPO filing to make more disclosures and revealed the group of people who have legal control of the company.

But investors should know that not all IPOs are what they seem.

The report highlights usage of offshore variable interest entities (VIEs) to grant foreign investors economic benefit to the actual company, which are Chinese-controlled.

VIEs are frequently utilized in corporate tax structures, and many multinational companies have them. However, it is highly unusual for VIEs to be a company’s main publicly listed entity. But this practice has become common for Chinese firms listing abroad due to Chinese securities laws barring foreign ownership in its Internet sector.

Sina Weibo (the Nasdaq-listed Chinese microblogging site) is a good example to illustrate how companies circumvent such rules. According to its SEC filing, Weibo’s publicly traded company is Weibo Corp., a Cayman Islands-based VIE. This is the entity U.S. investors buy into when they purchase Weibo’s Nasdaq-listed shares.

Foreign investors participate in the economic returns of Weibo through performance contracts and agreements between Weibo Technology (foreign owned) and Weiming (Chinese owned).

The risks inherent in investing into such a structure is that the contracts between the Chinese firm and foreign VIEs are effectively illegal in China, as they circumvent regulations banning foreign capital in restricted industries.

The Chinese Communist government has not cracked down or commented on such arrangements, and Chinese state-owned media also report on these companies’ foreign IPOs as normal news (no illegality is mentioned).

According to the U.S. government report, such contracts have dubious enforceability.

“Since the entire VIE structure is built on the premise of circumventing Chinese government regulations, relying on Chinese courts to uphold the VIE contracts in court is highly risky,” the report states. “Therefore, for U.S. investors, a major risk is that the Chinese shareholder of the VIE will steal the entity, ignoring the legal arrangements on which the system is based,” thus making the foreign investment essentially worthless.

At the time, Yahoo was a 40 percent investor in Alibaba. Jack Ma, Alibaba chairman, had transferred the assets of Alipay, its online payments platform, to a private company that Ma controlled.

Yahoo was not notified and was taken by surprise. The dispute was later resolved amicably, but it underscores similar risks.

Both Weibo and Alibaba have structures where foreign investors own little more than the economic contracts between VIEs. Other Chinese firms that list in the United States choose other methods, such as backdoor listings (reverse merger), where the Chinese company purchases a U.S.-based entity and transfer Chinese assets into it.

These tactics create confusion for foreign investors. Alibaba’s upcoming IPO could be the biggest in U.S. history, but investors must be aware of what they are buying into.