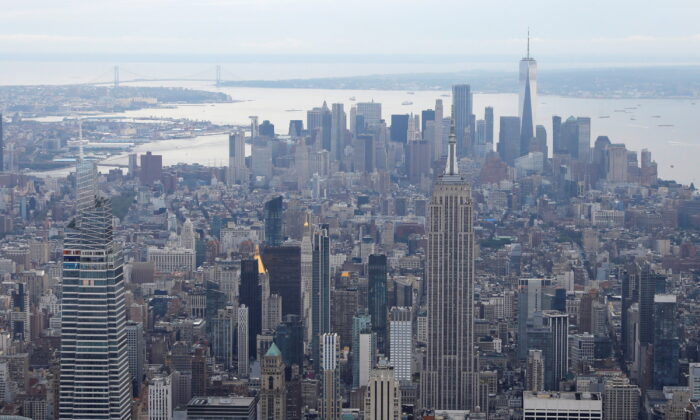 A federal judge has been asked to enjoin the City of New York and the New York City Board of Elections from registering non-citizens to vote and from counting their votes.

On Aug. 29, the Public Interest Legal Foundation (PILF) filed a complaint alleging Local Law 11, passed by the city council on Dec. 9, 2021, violates the civil rights of four American citizens registered to vote in the metropolis.

Local Law 11 amends the city charter to allow non-citizens who are lawful permanent residents, and persons authorized to work in the United States in New York City, to participate in municipal elections.

Plaintiffs are asking the United States District Court for the Eastern District of New York to declare that Local Law 11 violates the prohibitions on discriminatory purpose contained in the Fifteenth Amendment to the United States Constitution and Section 2 of the Voting Rights Act of 1965.

The complaint also asks the court to find that Local Law 11 was adopted with an impermissible racial intent in violation of the U.S. Constitution and federal law.

The lawsuit alleges that, as a result of the city’s action, the weight of the votes of the four plaintiffs, all U.S. citizens, will be diminished, causing them continuing injury.

The plaintiffs’ lawyers presented recent demographics to illustrate the situation.

According to the complaint, New York City has about 5 million registered voters.

Newly eligible foreign voters are estimated by advocates of Local Law 11 to number about 900,000—a figure the complaint contends “could massively alter municipal elections.”

Plaintiffs’ attorneys noted that the 900,000 potential non-citizen voters represent between 15 and 20 percent of the total electorate—a percentage greater than the margin of victory in many municipal elections.

According to American Community Survey data, as of Aug. 28, 1.3 million foreign nationals live in the Bronx, Kings, New York, and Queens counties.

These numbers are growing daily as busloads of new illegal immigrants arrive in New York City from America’s southern border.

Plaintiffs allege that the sponsors of Local Law 11 want to use qualified foreign nationals to alter the racial composition of the New York City electorate in violation of the Fifteenth Amendment.

They allege that the effect of Local Law 11 is to proactively shift political power to Hispanics and Asians and away from other racial groups.

During the meetings, several council members did not confine their statements to the subject of the people’s citizenship status, but employed racial terms such as “white,” “white power,” “black,” “Hispanic,” and “people of color” in their discussions of the proposed bill.

The plaintiffs’ counsel cited precedent that holds, “If race played any role at all in the enactment of an election procedure, that procedure violates the Fifteenth Amendment.”

The complaint also cites precedent that “actions taken with the intent of effectuating a disproportionately negative impact on a racial group are violative of the intent standard of the Fifteenth Amendment.

“Such racial purposes are prohibited … Law 11 (accomplishes the) shifting of the electoral power in New York City municipal elections along racial lines to Hispanic and Asian voters (while) reducing the power of other racial groups, including (that) of the plaintiffs.”

In an Aug. 29 press release, the Public Interest Legal Foundation reiterated that “Foreigners voting will harm the voting strength of black Americans in New York City, and that the sponsors knew this ahead of time.”

PILF president J. Christian Adams stated in the release, “Our four plaintiffs, along with all other black New York City voters, are being harmed and discriminated against by New York City.”

Council Member Antonio Reynoso, a Democrat, criticized those opposed to Local Law 11 at the Dec. 9 council meeting, saying that they were trying to “undo … the principal foundation of democracy, which is the right to vote, specifically, if you’re paying taxes.”