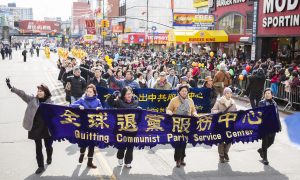 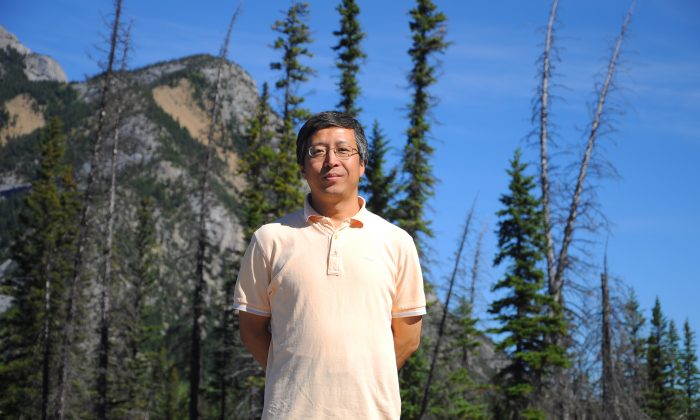 Winston Liu in Banff National Park, Canada, in 2011. Liu, a graduate of China’s prestigious Tsinghua University, is a party to a lawsuit against the former leader of the Chinese Communist Party, filed as the 16th anniversary of the campaign approaches. (Courtesy of Winston Liu)
China

As the 16th anniversary of the persecution of Falun Gong approaches, dozens of graduates and former faculty say their remote school dorm was once used to brainwash them
By Frank Fang and Matthew Robertson
biggersmaller
Print

Sixteen years ago, one of the most prestigious universities in China became a forward operating base for an all out ideological war against a peaceful spiritual practice. Secret police in China even set up a brainwashing center in the mostly unused dormitory belonging to the nuclear energy school. There, students were subjected to struggle sessions to force them to abandon their religious beliefs.

Sixteen years later, as the July 20 anniversary of the political campaign approaches, over 30 graduates and former faculty of Beijing’s Tsinghua University, often called the MIT of China, are bringing a legal complaint against the orchestrator of that persecution—former Chinese Communist Party leader Jiang Zemin.

Winston Liu, 43, is one of them. He is now a control systems engineer at a multinational chemical company in Wyoming; in 1999 he was a thermal engineering student who practiced Falun Gong—a traditional system of personal cultivation, which includes slow-motion exercises, and teaches that the purpose of life is to align with the principles of truthfulness, compassion, and tolerance.

I don’t think they can afford to ignore it. Not every Chinese official in China is sympathetic to Jiang Zemin.
— Kerry Gore, lawyer

After Falun Gong was persecuted in 1999 in China, those beliefs constituted a thought crime, and Tsinghua students—the best and brightest in China, with a heavy focus on engineering—were heavily targeted for re-education, otherwise known as brainwashing.

They held students in a classroom and dorm belonging to the Institute of Nuclear and New Energy Technology at Tsinghua. “The place was used to persecute Falun Gong practitioners because the location was very remote, and it would be hard for us to escape,” Liu said.

Professors were recruited to carry out the brainwashing, and told it was a “political task,” the same words used when struggling against class enemies during the Cultural Revolution. “If these professors failed to participate in the persecution, they could be punished by losing their salary,” Liu said.

But of course, the human element often shone through. “When I was being brainwashed, I knew some of the professors were not willing to participate in the brainwashing. They showed up and just casually talked to us.”

During part of Liu’s three-year detention, he was forced to pick debris and small rocks from bags of sunflower seeds for 10 hours straight. At night, they were made to watch anti-Falun Gong propaganda videos.

“Many fellow students would sit in a circle and criticize me,” said William Wang, 42. Wang is now an engineer in Indiana. In September or October of 1999, at the height of the anti-Falun Gong frenzy, he was told by a fellow student, “If you continue to practice Falun Gong, I will stab you with a knife.”

If the professors failed to participate in the persecution, they could be punished by losing their salary.
— Winston Liu

Most of that extreme abuse happened off campus—but Tsinghua, as a state-controlled institution, facilitated the Communist Party campaign to eliminate Falun Gong, first identifying students or faculty who practiced Falun Gong, attempting to brainwash them on campus, and if that failed, sending them into the clutches of the security forces.

William Wang said he saw police reading books about psychological treatment. “They would target someone until he has a mental breakdown, and then, they would reconstruct his mental state, meaning that this person would do whatever he was told.”

During Wang’s detention, he was denied human contact for six months. At one point he was forced to sit on a small stool, which caused his buttocks to fester after two weeks. “I would be beaten if I moved a little bit. …  It was very cruel.”

Falun Gong had been taught at Tsinghua since 1994, beginning with one practice site and 10 practitioners. By 1999 there were 11 sites and at least 500 daily participants.

About 80 alumni from the university have been persecuted over the years. Most of the parties to the lawsuit are outside China, though there are four relatives of those killed in the persecution still in mainland China.

Many fellow students would sit in a circle and criticize me.
— William Wang

The lawsuit, brought by Winston Liu, William Wang, and 31 other Falun Gong practitioners from Tsinghua, seeks to use China’s own laws against the Party’s former head of state, Jiang Zemin.

The reasons commonly attributed to Jiang’s decision to persecute Falun Gong are multiple: that he thought there were too many Falun Gong practitioners (the estimates range from 70 million to 100 million by 1999); that many Party members had taken up Falun Gong; that he was opposed to Falun Gong’s traditionalist morality, and saw it as a challenge to the Party’s doctrine of Marxism-Leninism.

Nevertheless, the decision to persecute the practice was highly controversial in the Party, and reportedly did not enjoy much support by other members of the Politburo Standing Committee. Other senior Party leaders, including Qiao Shi, the former head of the security department, were opposed to the campaign.

The lawsuit, filed by the New Zealand lawyer Kerry Gore on behalf of the plaintiffs, seeks to prosecute Jiang according to China’s own laws. Over a dozen charges, most from Chinese criminal law codes, are cited: torture to coerce confessions, murder, abuse of inmates, retaliation and framing of others, organ harvesting, rape and sexual violence, theft and destruction of property, enslavement, slander and humiliation, torture, genocide, and more.

“I don’t think [the Chinese regime] can afford to ignore it,” Gore said, referring to the recent change to the case registration system in China, which decreed that all legal complaints must be accepted. “Then they must take the next step, which is to investigate the complaints,” Gore said. He added, “Not every Chinese official in China is sympathetic to Jiang Zemin.”

So far there is no indication that the Communist Party leadership is ready to move against Jiang Zemin on the basis of his persecution of Falun Gong—such a scenario would inevitably involve calling into question the legitimacy of the campaign as a whole, and perhaps the legitimacy of the Party itself.

“Jiang has stepped down for many years, but the Chinese regime has continued the persecution of Falun Gong,” said Wilson Xu, a 54-year-old professor of mechanical engineering in Indiana. “Therefore, one of our objectives in suing Jiang Zemin is to stop the persecution.”

As a more modest goal, Xu hopes that one effect of the flood of complaints—Minghui.org, the primary website for firsthand information about Falun Gong in China, has registered over 60,000 criminal complaints filed against Jiang—will be to deter local officials from carrying out the persecution any further.

William Wang said that Jiang has no doubt heard of the legal documents against him. “Jiang Zemin officially started the persecution on July 20. On this day, our lawsuit against him lets him know the principle that bad people will be punished and good rewarded.”