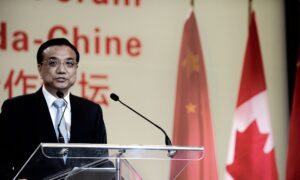 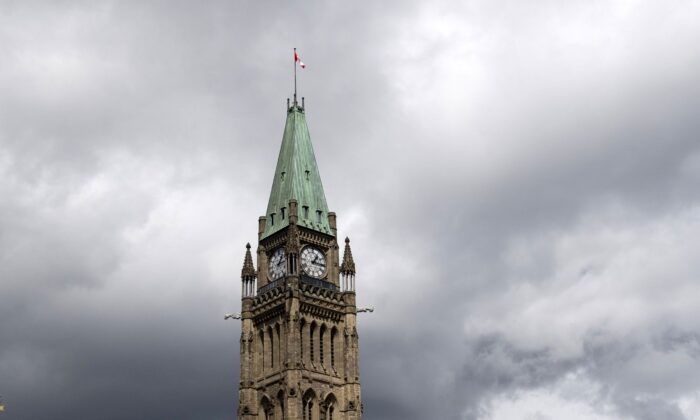 The Peace Tower on Parliament Hill in Ottawa on Aug. 18, 2020. (The Canadian Press/Adrian Wyld)
Viewpoints

Leftist Policies Surge When the Centre Yields and the Right Retreats

There is a remark attributed, somewhat dubiously, to future Allied Commander-in-Chief Ferdinand Foch at the First Battle of the Marne in 1914 that goes, “My centre is yielding. My right is retreating. Situation excellent. I am attacking.” But if he did not say it, Canada’s Liberals can as, awash in red ink, they prepare to unleash a green counterflood.

There is a certain logic to their position. Many prominent figures in the party have long believed Canada urgently needed to get rid of its old habits including capitalism and adopt the full SJW program. So they get marks for consistency; it’s what they’ve always wanted to do and when a crisis hits they think it’s all the more urgent and opportunity knocks.

There seems to be some debate over who said you should never let a crisis go to waste. Some attribute it to Rahm Emanuel, former mayor of Chicago and Barack Obama chief of staff; if you Google his name “crisis” pops up as one of the search completion suggestions. And some deplore the statement and its author as cynical and manipulative. But as Emanuel later explained, “what I said was, never allow a good crisis to go to waste when it’s an opportunity to do things that you had never considered, or that you didn’t think were possible,” which makes sense. And since there is evidence that Winston Churchill among others said it earlier, let’s avoid personalities and consider the idea on its merits.

They are considerable. There may well be things you think are necessary to avoid a crisis in the future, in public affairs, private organizations, or your personal life, that people aren’t ready to consider when everything appears to be going well and there’s no need to take risks. But when disaster strikes and business as usual clearly won’t do, it opens minds to new possibilities. And if you’re sure you understand how the world works, what principles are sound, and what methods derived from them are therefore appropriate, you rightly employ the famous self-help rule of turning problems into opportunities.

So it’s all fine and good unless you’re badly wrong about what works. Pragmatists usually are. Besides which the Liberal veneer of pragmatism is, as it often is, thin and poorly attached.

Indeed it’s ironic that the Conservatives are forever being accused of having a “hidden agenda.” But it always turns out to be so well hidden that not even they can find it at the time, and neither can anyone else later. Whereas the Liberals, who present publicly as centre-left pragmatists, generally secretly harbour far-left fantasies.

Perhaps secretly isn’t the right word. Certainly our current PM made no real effort to conceal his admiration for China’s dictatorship, his belief that Quebeckers were better than other Canadians, his contempt for the tenets of the religion he professes, and so on. But these things are treated as oddities rather than significant indicators by mainstream commentators, at least until the crisis hits.

So in this crisis let’s review the facts. With a looming $343 billion deficit and GDP having fallen in the second quarter of 2020 at a rate that would be nearly 40 percent annually, the fiscal centre is definitely yielding. And “the right” is retreating, both the private economy and the tepid Conservative Party. So the situation is excellent and the Liberals attack: Bloomberg reports that “Justin Trudeau Plots Canada’s Sharpest Turn Left in Economic Policy in Decades.” Since, um, his father’s disastrous foray into deficit spending, printing money, and attacking the oil industry.

Like the French in the Franco-Prussian War, the Champagne Offensives, the Somme, and the Nivelle Offensive, the Liberals are not afflicted by self-doubt or a search for new ideas even when the results of their actions might have induced such things in lesser mortals. From the SNC-Lavalin and WE scandals to the sloppy design of the Canada Emergency Response Benefit, not to mention Trudeau Sr.’s National Energy Program and fiscal recklessness, they have rushed in where angels might have feared to tread. And now they’re limbering up again.

In a way it’s not surprising. Our Natural Governing Party has never really understood that anyone of sound mind and warm heart sees the world differently than they do. Thus, new finance minister and sitting deputy PM Chrystia Freeland, a guru of economic transformation in the name of equity, just said that “I think all Canadians understand that the restart of our economy needs to be green.”

That “all Canadians understand” this proposition is unclear. Indeed, it is doubtful whether even the administration and public service “understand” it in the sense of being able to explain it or put it into practice. But the ministry may well nevertheless be convinced that it is wise and obvious, popular and practical, and once they have done it no sane person will question its effectiveness. As Freeland went on to say, “It also needs to be equitable. It needs to be inclusive. And we need to focus very much on jobs and growth.” That she might not be able to do such a thing, let alone without really breaking a sweat, does not seem to occur to her.

Well, it occurs to me. Indeed, it strikes me as extraordinarily reckless given the fragility of the private and public sector due, in large part, not to the Liberals failing to act on their beliefs but on their already having done so. Before the CCP virus hit they believed they could shut down the energy sector that contributes over 10 percent of our GDP and run deficits forever. And when the pandemic hit they thought they could shut down the silly old private economy more or less completely and make it up by conjuring wealth out of thin air. And now they seem to think that it worked and they can and must do even more of it in this crisis. Way more.

For instance, the “green” restart presumably means the fossil fuel energy sector can be left off. And that we can all make lots of money being consultants on alternative energy with lucrative unsourced government contracts.

That last bit was unkind. Perhaps they think we can all get jobs doing CGI for online games or working for some nebulous government ministry. But it is curious that members of the Trudeau administration seem certain they know how to create wealth and jobs despite their lack of a relevant public or private track record. I’m all for seizing the moment, but you need to make sure your grip is correct.

To return to the Marne, the Allies did hold there in 1914, and again in 1918 with Foch as commander-in-chief, and eventually win the war. But the French army’s doctrine of “l’offensive à outrance” would have lost the war, and quickly, had not the British and Canadians acted more sensibly and with more regard for actual circumstances on the difficult battlefields of the Great War.

So I can’t help mentioning to the Liberals that it might be a good time to ditch the red pants and start digging deep defensive trenches in preparation for a long, hard war.