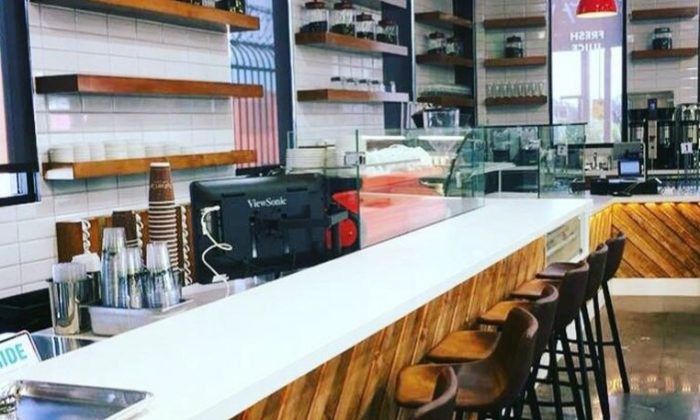 The Asher Cafe & Lounge. (Yelp.com)
US

A protest group in a Los Angeles neighborhood allegedly threw a significant amount of feces at the windows of a coffee shop owned by an Israeli businessman.

Asher Shalom told CBS2 that on Thursday, protesters held signs and screamed at people at the Asher Caffe & Lounge, which offers Kosher items.

They said that the cafe and its owner over his support of President Trump’s immigration policies.

“So what’s the connection? This is what I don’t understand. I’m confused—the connection between Donald Trump and good coffee,” Shalom told the network.

In seemingly Alinskyian fashion, the protest group Defend Boyle Heights wrote on Facebook July 12, to “boycott the grand open of Asher Coffee and lounge,” calling on people to show and protest the business.

They called him “an anti-immigrant trump loving gentryfier,” adding that if “he hates immigrants so much, he can stay the [expletive] out of our hood.”

“They really intensely protested and accosted all the visitors that came to our grand opening event,” said son David of the incident. “It was very scary,” noted Shalom’s daughter Yael.

She said, “There was a lot of people protesting outside wearing masks […] and they threw a significant amount of feces at our windows.”

In a statement to CBS2, Shalom said he came to the United States 30 years ago and is now an American citizen. Meanwhile, his businesses employ dozens of people, including immigrants, he said.

Shalom sent a photo to the Daily Wire, showing protesters that did throw feces at the windows of the building.