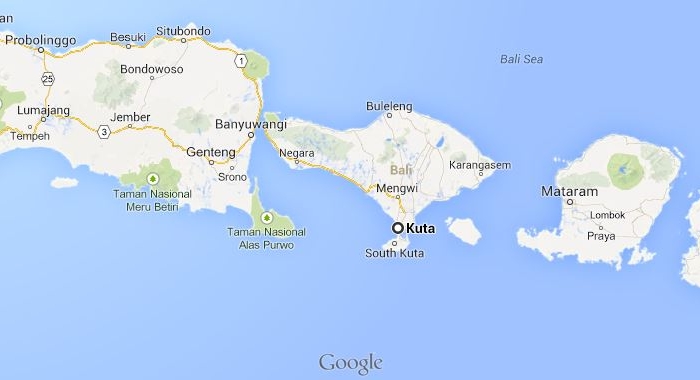 Leeza Tracey Ormsby, the woman in the recent Bali drugs arrest, vehemently denied that the drugs belonged to her.

Police watched Ormsby walk toward a villa in Kuta where she was not staying but had a key to, and arrested her as she was about to unlock the door.

Seven police officers accompanied her into the villa after a tip-off about the drugs.

The villa’s supervisor Gede Wijaya, who witnessed the arrest, told News.com.au that Ormsby repeatedly told police after they found drugs in the villa:  “It’s not mine, it doesn’t belong to me.”

The 37-year-old from Sydney was arrested just two days after the release of Schapelle Corby last week. Corby was another Sydney woman arrested over drugs she insisted were planted.

Wijaya said that police searched Ormsby’s handbag and pulled out what appeared to be a joint of marijuana. They asked her what it was, to which she replied: “I don’t know, I don’t know.”

Police then took her into the bedroom and wardrobe area, where a drawer inside the wardrobe was locked.

Ormsby opened the drawer under the instructions of the police, according to Wijaya, and inside were drugs–132.2 grams of MDMA and 26.06 grams of hashish.

Police officers asked Ormsby: “Is this drugs or not?” to which she replied: “I don’t know, I don’t know, it doesn’t belong to me.”

When asked who they did belong to, Ormsby said that she didn’t know.

Ormsby was crying and appeared to be upset, Wijaya said.

She was not staying at the villa but was a friend with one of the guests in the room, a man known only as Azaria, who rented the place for three nights with his girlfriend, paying in cash.

Five to seven other people, along with Ormsby, had come and gone from the villa over the rental period but there were no loud parties.

The couple left on February 11 with one night remaining and told Wijaya they were headed to the airport.

At 8 a.m. the next morning Ormsby went to the villa and was then arrested.

She’s a New Zealand national who lives in Paddington in Sydney. She was on vacation in Bali, staying in Villa Charles, a private bungalow complex within walking distance of the villa in question.

Police are expected to give an update to the case on Friday.