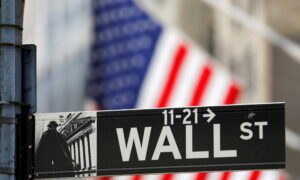 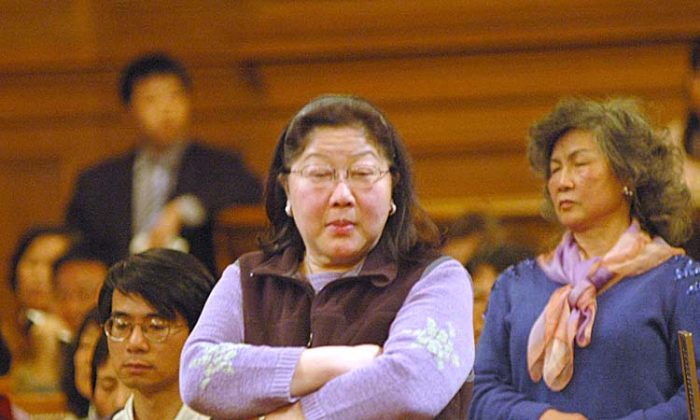 Chinese Consul General Gao Zhansheng, not a frequent visitor to City Hall, made an appearance for the swearing in Ed Lee, who is the hand-picked mayor of his friend, Rose Pak. (Luke Thomas/Fog City Journal)
China

Lee Runs for San Francisco Mayor With Pak Behind

SAN FRANCISCO—Throughout a career in which Rose Pak’s influence has steadily increased, two themes stand out: she has lobbied behind the scenes for the concerns that the Chinese Communist Party considers most important and she has patiently helped advance the career of Ed Lee. As Lee faces the voters on Tuesday, in the background is the question of what role Pak would play in a Lee administration.

While Pak has always been linked to Lee, she has been the midwife of his run for mayor.

Pak helped orchestrate Ed Lee’s rise to interim mayor, created the Astroturf movement that helped him announce he would run, and arranged the soft money that poured into the independent expenditure campaigns backing him.

Pak’s relationship with Ed Lee goes back to the mid 1970s, when he was in his first job as lawyer for the Asian Law Caucus, defending tenants facing eviction. At that time Pak was becoming a community organizer and finding her place at the Chinese Chamber of Commerce.

Pak and Lee together raised two million dollars over less than two months for the Chinese Hospital, after a 1974 earthquake that damaged it severely.

Lee’s first job in the bureaucracy was as human rights commissioner, awarded by Art Agnos, for whom Pak had marshaled donations for his election bid. When Willie Brown became mayor, Lee was made Director of Purchasing, and then Director of the Department of Public Works.

While head of Public Works in 2001, Lee went to bat for a Pak friend and client. He persuaded the city architect not to fire contractor Robert Chiang, whose incompetence and waste on the Martin Luther King pool project, according to SF Weekly, cost the city over a million dollars.

Chiang is a good friend of Rose Pak. In 1999 he paid $10,000 to her for unspecified consultancy services, according to her tax return from that year, and he has gone on trips to China with her. Chiang has received tens of millions of dollars in city contracts over the years, despite a record of waste, mistakes, and delays, according to published reports.

When Lee was City Administrator, Pak was a frequent visitor to his office. City workers could often see her half-seated on his desk, whiling away the time in conversation. She also installed several of her own people, young Chinese-American women, to his office.

One of those women was Sally Leung, for whom Pak had previously assisted in finding work (for example, in the now-defunct Chinatown Economic Development Group), who serves as Lee’s personal assistant. Sally Leung is the wife of Joseph Leung, chief editor of Sing Tao, a newspaper whose coverage of Mayor Lee has been adulatory to a fault.

Apart from making sure her friends and allies get city contracts, another of Rose Pak’s preoccupations is to ensure that the political line of the Chinese Communist Party is followed in San Francisco.

Rose Pak’s ties with Party officials in China are extensive, and her relationship with the Chinese consulate is also close. A search of her name on Chinese government websites yields hundreds of hits. An incomplete database of her activities compiled by The Epoch Times shows frequent jaunts with Chinese officials in both San Francisco and China: flag-raising ceremonies, trips around town, banquets.

Pak is a member of the overseas council of the Guangdong Province Foreign Affairs Office. She is described as a “high-level San Francisco mayoral advisor” on official Chinese websites.

Former president of the Board of Supervisors Aaron Peskin has commented on Pak’s ties to the Chinese regime.

“It is abundantly clear that Ms. Pak’s affiliations with the PRC are very close,” Peskin said. “That is not a secret. You can see it every day in any number of ways in the [Chinatown] associations that she has helped to influence to move their allegiances from ROC [Taiwan] to the PRC—these are just facts.”

Pak was instrumental in arranging for the voting down of the October 2001 Board of Supervisors resolution that condemned the persecution of Falun Gong in China. Such documents are symbolically important both for Falun Gong practitioners and the Chinese Communist Party.

As such, Pak did her best to defeat the resolution. “She was the one leading the opposition to it the first time around. She was actually setting up meetings for the [P.R.C.] General Consul with the Supervisors,” says Chris Daly, who sponsored the resolution.

Pak rounded up community members and allies with the Chinese Chamber of Commerce to testify against Falun Gong, met with supervisors, and crossed the railing several times during the official meetings, to whisper in their ears.

“Rose was clearly running point for the PRC on that,” Daly said.

In 2006 Daly proposed a similar resolution; Pak succeeded in having 90 percent of it cut. All references to China were deleted; instead, it said simply that Falun Gong should not be persecuted, and that the Board of Supervisors does not endorse the practice of Falun Gong.

The way the Falun Gong resolutions were dealt with is in contrast to other human rights issues the San Francisco Board of Supervisors has taken a stance on. There have been lengthy resolutions on human rights in Burma, Darfur, Iran, Tibet and elsewhere.

“I didn’t think it would be that controversial,” Daly says.

When the Chinese Olympic Torch came to San Francisco in 2008, Pak was part of the welcoming team. She said it made her “giggle like a teenager.”

But she became more serious when Chris Daly organized another resolution on human rights in China around that time.