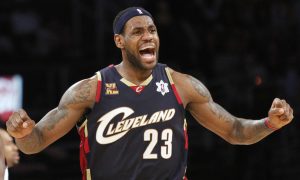 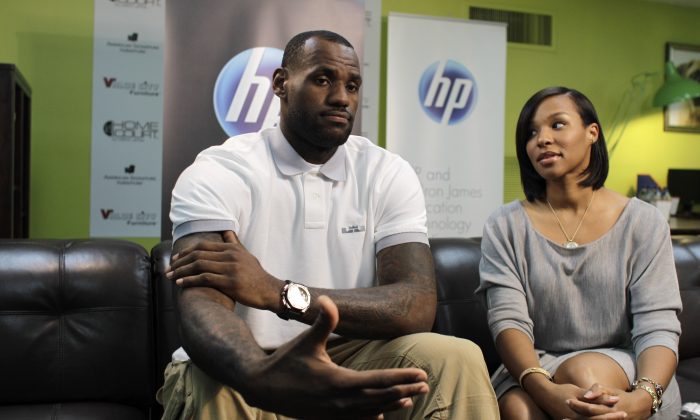 LeBron James is in the news today as he finally made his decision and will return to the Cleveland Cavaliers.

Fans are also wondering about his wife Savannah Brinson and the latest updates about her.

The biggest news is that Brinson is pregnant, and are expecting a girl.

It was confirmed by Us Weekly this week after months of speculation that Brinson is in fact pregnant.

“Savannah now is going to have a little baby girl to join her in the fight against two boys and LeBron, which she needs,” Riley said.

They were married in San Diego in September 2013.

Brinson has gotten involved in several businesses, including a juice bar in Miami.

She is also known for her taste in fashion and home decor. She has created furniture for children like her sons.

James described the line that he and his wife designed in an interview several years ago: “”The inspiration for the line came from watching LeBron Jr. and Bryce playing in their own bedroom and how much fun they have together. The most important aspect of the line’s creation is the name, Home Court. Home is where you have everything you need, exactly how you like it, similar to having a homecourt advantage in basketball. We want this line to have everything that makes a child thrilled to be in his or her room.”

Brinson added: “I designed every piece for a different reason and purpose so I love each one.”

Brinson is also known for emphasizing that she doesn’t enjoy the spotlight and also for her love for Cleveland, although she had been adjusting to life in sunnier Miami.

CLEVELAND—LeBron James is going back to the Cleveland Cavaliers.

James tells Sports Illustrated, that he’s decided to go home. It’s a move that would have seemed unfathomable four years ago, after the venomous fallout that followed his decision to leave Cleveland for the Miami Heat.

James told SI: “My relationship with Northeast Ohio is bigger than basketball. I didn’t realize that four years ago. I do now.”

He spent his first seven NBA seasons in Cleveland. In four years with the Heat, he went to the NBA Finals four times, winning two championships. And now heads back to Cleveland to see if he can finally deliver on his promise of winning a crown for that title-starved city.

James is from Akron, Ohio, not far from Cleveland.