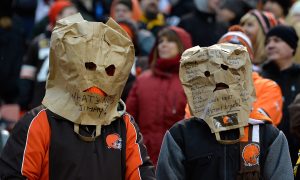 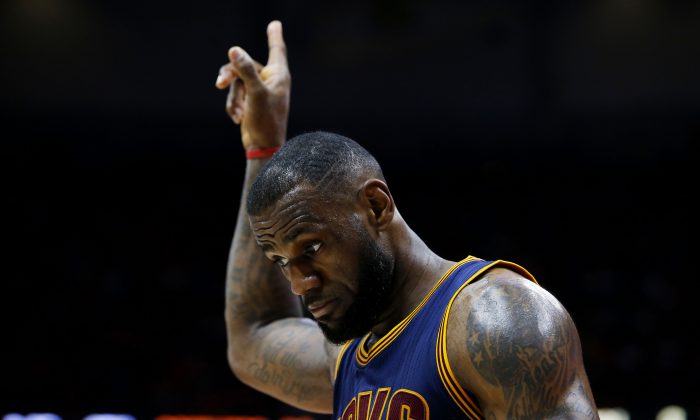 LeBron James scored 33 points, grabbed 11 rebounds, and dished out 11 assists in Cleveland’s 124–91 win over Denver on Monday that clinched the Central division for the Cavs for the second straight season, but his triple-double performance was overshadowed by questions of whether he unfollowed the Cavs official Twitter and Instagram pages.

On Monday a twitter user posted a screenshot that revealed that @KingJames unfollowed @cavs on March 21, 2016.

“Next question,” James said, when asked about whether he unfollowed both the Cleveland Cavaliers’ official Instagram and Twitter pages.

The thing I don’t get is how he reacts after he says “Next question.” Is he flustered? Pissed? pic.twitter.com/gjfSiLB5p4

ESPN is reporting that, according to a source familiar with James’ thinking, the four-time MVP is unfollowing the team’s social media accounts to start to prepare for his annual social media blackout each postseason.

Last year, James’ final Instagram post was put up the day before the Cavaliers began the playoffs. James ended up leading an injured Cleveland team all the way to the NBA Finals, where they fell in six games to the Golden State Warriors.

This season, James’ social media tweets have been scrutinized more than ever as the superstar has posted somewhat cryptic messages on his accounts.

Structure and Consistency creates Perfection. U shortcut, u come up short! Straight Up. #DVC #SFG

It’s this simple. U can’t accomplished the dream if everyone isn’t dreaming the same thing everyday. Nightmares follow. #TheDC #SFG

“They’re for the educated mind,” James said at the time. “So if you have an educated mind, they hit home for you. [Sunday] night I tweeted that consistency and structure breeds perfection, and if you take a shortcut or if you don’t handle business, then you come up short. I think everybody should understand that. It’s nothing between the lines, it’s just life. You can’t shortcut being perfect or trying to be as perfect as you can, or trying to get to a point where you just feel like you can succeed. So, for educated minds, it should be fine.”