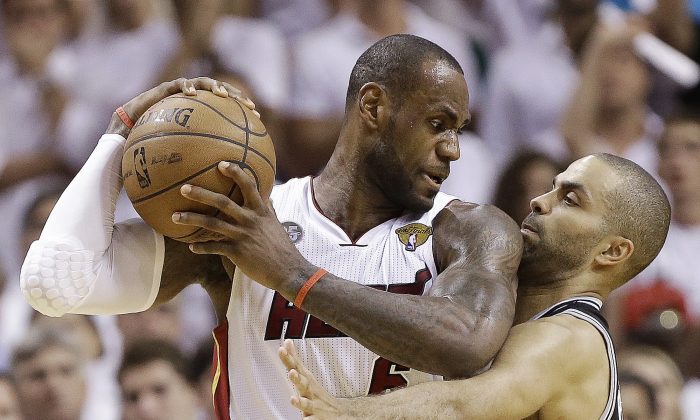 James eventually helped lead the Heat to a close win.

James lost the headband, which he basically always wears during games, with around nine minutes left in the fourth quarter.

“I don’t even remember the play much,” James said. “I was just focused on the job, the task at hand, and just trying to be aggressive, just trying to figure out ways I could help the team get back into the game. And you know, I guess the headband was the least of my worries at that point.”

After the headband came off, James made 6 of 12 shots, scored 14 points, grabbed four rebounds and handed out three assists. He was in a slump before that.

Game 7 in the NBA Finals is Thursday night, with the Heat playing the San Antonio Spurs. The winner wins the NBA championship.