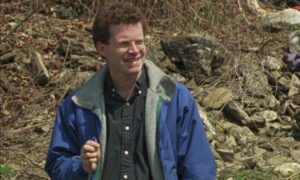 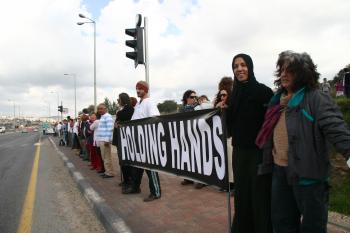 By Charlie Ghanem
Print
BEIRUT, Lebanon—Hundreds of thousands of civilians lost their lives in the Lebanese civil war, which began on April 13, 1975. Fatima remembers that day clearly. Now 57 years old, the Lebanese woman shared her story with The Epoch Times.

“I can never forget that date. I was with my fiancé visiting my aunt in the southern suburb of Beirut when we heard the gunfire. We didn’t know what to think at that moment; we just hoped for a way to get to our homes safe. So we turned the television on and waited for a news flash.”

Earlier that day during a church gathering in Beirut, four members of the Phalanges Maronite militia were murdered in a drive-by shooting. The Phalanges blamed the Palestinians for the attack.

Later that same day, the Phalanges retaliated by opening fire on a bus carrying armed Palestinians in the suburb of Ain El Remmeneh, killing 27 people. The event was known as “The Bus Massacre of Ain El Remmeneh,” and marked the start of a civil war that lasted until 1990.

After the Israeli state was founded in 1948, thousands of displaced Palestinians ended up in refugee camps in neighboring Arab countries such as Lebanon. From the mid-1960s armed Palestinian groups working with the Palestine Liberation Organization (PLO) began conducting raids from these countries into Israel. They established a presence in Lebanon in 1970 after being expelled from Jordan.

Battles between the Palestinians and Israelis were most significant in Lebanon. With the development of Palestinian militias, Lebanese lines were divided. Militias from all sects were formed, each fighting on the side they saw fitting their agenda. Eventually Beirut was divided into East and West, with the East holding the Christian majority and the West with the Muslim majority.

Fatima lived between the two sides.

“I don’t know how I got married in the late '70s, but I didn’t have a wedding ceremony or a house. I lived with my husband between his parents' house in West Beirut and my parents’ house on the East side, depending on the safety of the situation. Sometimes the roads were closed and I would be stuck somewhere while he was somewhere else,” she explained.

Despite the difficulties, they managed to have three children between 1979 and 1983.

Many people were afraid to leave their homes during the war. Militias made roadblocks to check IDs for religious affiliation. Their killings reached every sect and every region—they called it “ID-based slaughtering.” Truces and ceasefires took place alongside assassinations, suicide bombings, and presidential elections that would sometimes last only a few days. “Beirut, once the destination of tourists from around the world, turned to ruins,” Fatima said.

During the Israeli invasion of West Beirut in 1982, Fatima and her family moved to her parents’ house in Ashrafieh on the East side. “I was pregnant with my third child, Joseph. Luckily, I had saved enough money before I got married. I was able to support the family. No one could get a job back then.”

After the invasion, Palestinian and Syrian troops were evacuated and civilians were settled into makeshift camps. The Lebanese militias were still fighting, however. Some were against Syria, and some against Israel. The latter continued its war against the Palestinian militias and committed two massacres, which were condemned worldwide. After international attention was brought to the situation, Ameen Gemayyel was elected President of Lebanon in September 1982.

More local military conflicts displaced many families again, including Fatima’s. This time Fatima left for the West of the capital where she bought a house, leaving her mother and siblings in Eastern Beirut. Every weekend in the mid '80s she drove her car through roadblocks to smuggle bread, water, and gasoline for her family.

The safest place for the family was her house in the south. As she drove there, civilian bodies and burned ambulances were scattered on the streets. She prayed to reach her home safely. “We lived there for four years in peace. After the situation calmed down in Beirut in early 1991, I started to visit my parents on the weekend and they did the same … we moved back to East Beirut in 1995 and have been living here ever since,” she said.

Fatima, now a widow, runs her own small business with her daughter. She lives next to her parents and hopes to join her sons and nephews in the West soon.

A common feeling there is that Lebanon has always been the battlefield for other countries. On the 34th annual memorial of the war, people gathered in front of the Ministry of Interior in Beirut, holding photos of what took place. They remember the war, remember the destruction, the victims, and the pain they suffered.

They condemned the sectarian system, and thanked Minister of Interior Ziad Baroud for enabling them to remove their religious affiliation from their personal records, thus lessening the sectarian pressure.

“What civil war?” Fatima said, giving her final remarks. “We never had a civil war. We have always lived together, Muslims and Christians looking after each other. I remember our good days when we did not even know the religion of our neighbors and friends. It was those big countries that fought their wars on our land. They gave us weapons and trained our youth to kill, they destroyed our land and planted hatred in our youths' hearts.”