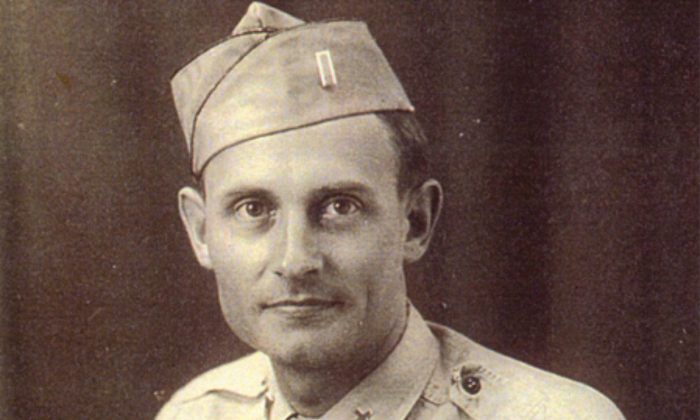 Leaving It All on the Field: Selfless Service in Building Your Team

Late in the summer of 1944, a 28-year-old Catholic priest from a small town in middle-of-nowhere Kansas entered the U.S. Army in order to serve his country, when it was already three years into the largest military conflict the world had ever seen.

Father Emil Kapaun was the son of Czech immigrants-turned-farmers who had instilled in him a strong sense of devotion to both God and country, as well as a relentless work ethic; his service as a chaplain in the military was a natural extension of this desire to selflessly serve others.

In his role as a military chaplain, Kapaun served in both the Indian and Burmese theaters during World War II. Shortly after the conclusion of the war, he returned to his life as a priest in the civilian world. However, God wasn’t finished with His servant.

In 1948, he returned to the Chaplain Corps and was eventually stationed in post-war Japan when the Korean War broke out. Despite having already served as part of the Greatest Generation during World War II, Kapaun didn’t flinch when he once again heard the call of duty. His unit, the 8th Cavalry Regiment of the 1st Cavalry Division, was one of the first to put boots on the ground in Korea, and was immediately thrust into heavy and brutal combat.

As a chaplain, Kapaun didn’t carry a weapon, but nevertheless ran into harm’s way to minister to the men of his unit and to help the wounded; the Jeeps he celebrated Mass from were repeatedly destroyed by enemy fire, and on one occasion, an enemy sniper shot his pipe out of his mouth.

His character didn’t go unnoticed. For his actions in carrying a wounded soldier off the battlefield and, in turn, saving his life, Kapaun was awarded the Bronze Star for valor.

On Nov. 2, 1950, Kapaun was taken as a prisoner of war by the Chinese Army, which had enveloped and cut off his unit from friendly forces. Kapaun had refused to evacuate, choosing to stay behind and carry out his duties as a chaplain to the wounded and the dying. The young priest held no illusions about what this would mean, but he joyfully accepted this as his cross to bear.

During the death march to the prison camp, Kapaun never ceased helping to carry the wounded and offering pastoral care to all of the men with him, even as he was suffering from his own severe frostbite. Upon arrival at camp, he was forbidden to conduct his priestly duties by the communists, but he fearlessly refused to stop. He helped bandage men, picked lice off those too weak to do it, cleaned filthy latrines so that illness wouldn’t spread even more rapidly, and gave up what little rations he had to those who needed it more.

Working tirelessly in the freezing conditions, starving alongside his men, Kapaun never gave in to despair. However, his body inevitably began to fail. Shortly after conducting an Easter prayer service, Kapaun finally began to lose his fight with pneumonia. He was taken away from his men, to die alone in the dreaded “Camp No. 5.” His last known words were, “Tell them back home that I died a happy death.”

When presenting Kapaun’s nephew with his uncle’s Medal of Honor, President Barack Obama remarked, “This is the valor we honor today—an American soldier who didn’t fire a gun, but who wielded the mightiest weapon of all, a love for his brothers so pure that he was willing to die so that they might live.”

The Medal of Honor citation for Kapaun finishes with three sentences that summarize exactly what selfless service looks like, when the stakes are literally life and death: “Chaplain Emil J. Kapaun repeatedly risked his own life to save the lives of hundreds of fellow Americans. His extraordinary courage, faith, and leadership inspired thousands of prisoners to survive hellish conditions, resist enemy indoctrination, and retain their faith in God and country. His actions reflect the utmost credit upon him, the 1st Cavalry Division, and the United States Army.”

Every single day, you wake up with a very simple decision to make: Are you going to give each and every one of your tasks, whatever they may be, your all?

No matter how mundane or boring they may be, do you have the integrity and fortitude to dig deep and dedicate yourself fully to those tasks and your team?

In the Army, this is called “selfless service,” and it’s one of the Army’s core values. This isn’t always the type of sacrifice and bravery that leads to Medal of Honor citations such as Kapaun’s, but that doesn’t render this type of virtue any less heroic when you live it out on a daily level.

Are you willing to place your team’s needs before your own? So often in the business world, this seems to run counterintuitive to the ideas of “getting yours,” “career building,” and “personal branding.”

Despite the intangible nature of the willingness to place the well-being of your organization and your subordinates before your own needs, this doesn’t mean it isn’t an extremely valuable attribute to possess. The cost of this value lies in an organization’s investment in a culture that will reward this sort of loyalty; however, when you commit to acts of selfless service, you are doing so regardless of any potential recognition or personal gain.

When you are willing to fight a little harder, push a little further, or endure a little longer, despite overwhelming odds, you become the leader that inspires the same commitment from your teammates. This is a truth that we have seen proven again and again, throughout human history. The strength of any unit lies in the character of its members.

And what does it mean to have a strong character?

In a homily given while he was still a priest at St. John Nepomucene Catholic Church in Pilsen, Kansas, Kapaun spoke of what it meant to have a truly strong character: “John [the Baptist] was a strong character—he was not a reed shaken with the wind. He stood up for the truth; he did not change his mind as the days went along, and he proved his caliber later by giving his life because he dared to stick to the truth.”