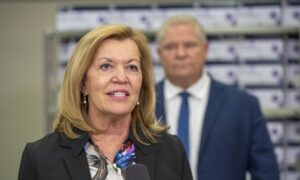 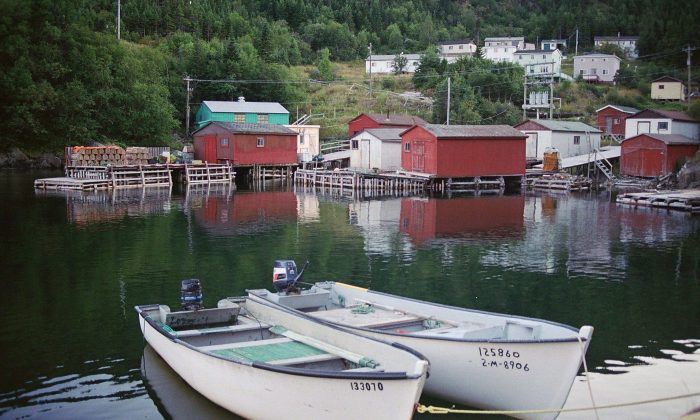 Boats at rest in Snook's Arm, N.L., in an undated photo. The outport’s community of 10 was approved for relocation in November 2017. (The Canadian Press/HO, Edwin Neeleman)
Canada

ST. JOHN’S, N.L.—Raymond Blake can still see his mother, a strong woman raising six kids alone after his father died, dissolve into tears as the schooner pulled away from their home in remote southern Newfoundland.

It was a Monday in July 1969. They were leaving all they’d ever known in Pushthrough, a tiny fishing settlement of 150 people, for a new start across the water in comparatively modern Hermitage.

“The next thing you know, I was crying and my brothers were crying. I didn’t quite know what was really going to happen,” Blake recalled.

The same scene of wrenching loss played out countless times through the 1950s and ’60s as communities agreed, as part of a government push to centralize workers and services, to abandon cherished villages for larger places.

Resettlement is a word that to this day conjures intense, very mixed emotions in Newfoundland and Labrador.

Still, sparsely populated outports, where many argue the heart of this province beats strongest, are emptying at a quickening pace—although not fast enough for those who question government costs.

Seven communities with names like Great Harbour Deep and Snook’s Arm have relocated since 2002, including three since 2016. Another three—North Boat Harbour, La Poile, and Little Bay Islands—have asked the province to consider moving them.

The process is community driven—permanent residents must vote at least 90 percent to relocate. Municipal Affairs calculates whether it’s cheaper to move them than provide services over 10 to 20 years.

If approved, the province offers homeowners $250,000 to $270,000 depending on the size of the household to help them set up elsewhere.

Relocating those seven communities has saved government about $30 million so far, said Municipal Affairs Minister Andrew Parsons. And more are considering moving to be closer to health care as the province of just 528,000 people ages, he added.

“When you’ve got to get in that boat and go along the coast just to get access to medical appointments, and as you get older you need more and more of those, it just becomes more trying,” Parsons said.

“Given the fact that we’ve had three in the last three years, there’s no doubt I think that you’re seeing a greater examination of the possibility (of moving) by these communities, and there are more that have expressed interest.”

Many residents hate to leave the places where they were born and raised but also want to be close to children and grandchildren who’ve long ago left.

Before politics, Parsons was the lawyer who acted for residents in Grand Bruit, meaning “big noise” for the waterfall that cascades down its cliffs, as they resettled eight years ago.

“This is a decision that they make but that doesn’t make it a positive one, or one that they’ve relished or enjoyed. It’s one, in many cases, that’s driven by necessity.”

Parsons represents the Burgeo-La Poile district in southwestern Newfoundland. He often travels by boat along the isolated coast between Burgeo and Grey River, past the lonely remnants of long-deserted outports.

“It’s amazing seeing these graveyards that are still there and, in some cases, houses and huts,” he said in an interview.

Provincial finances were hammered when the price of oil crashed in 2014. It now has a daunting overspending problem as net debt hits historic levels. Yet, Short says there’s a glaring lack of will to right-size government budgets.

“Nobody really wants to talk about it because the political cost is too high,” he said in an interview. “I’d much rather that the province addressed it before the mainland bankers close in.”

Short is among those calling for tough decisions about what services government can afford, along with more tangible plans to attract and keep young workers in the province. It’s an emotionally fraught but crucial and overdue conversation, he said.

Blake knows better than most the complexities of resettlement.

Moving to Hermitage wasn’t all bad, he said. There was better schooling and running water. “The flush toilet was something that I was fascinated with.”

But resettlement for his family and many others—even with some government financial help—was traumatizing, he said. He and his brother have written to the premier and Prime Minister Justin Trudeau asking for an apology.

“Communities did have to agree and there was compensation, but it really wasn’t a choice at all. Many had to go because everyone else was going. It’s a story about a generation.”