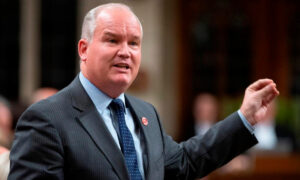 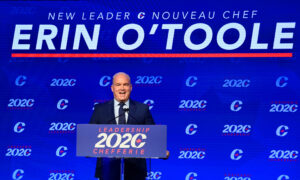 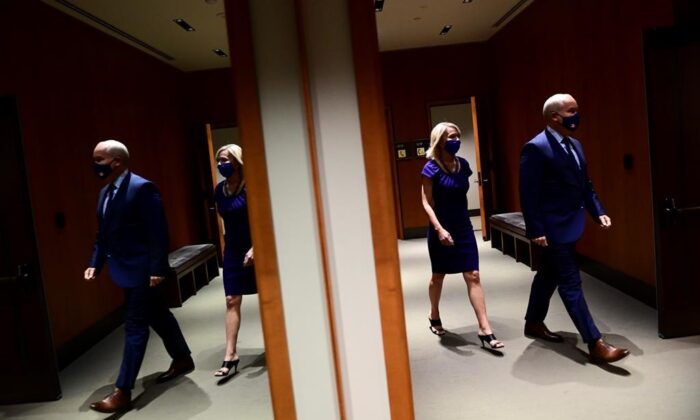 O’Toole told his party’s MPs and senators gathered for their first meeting under his leadership that those who are tearing down the statues of the country’s founders are dooming Canada to forget the lessons of history.

The caucus was gathered in Ottawa Wednesday but scattered throughout the downtown. O’Toole himself was at the federal government’s Sir John A. Macdonald building for his remarks.

In recent weeks, statues of Canada’s first prime minister have been toppled or defaced in protests against systemic racism and Canada’s colonial history.

O’Toole noted that Sen. Murray Sinclair, who led the Truth and Reconciliation Commission into the residential school system into which many Indigenous children were forced, has suggested instead that plaques be placed alongside such monuments to provide a more balanced look at history.

O’Toole said he supports that approach. He contrasted Macdonald’s legacy with that of Louis Riel, the Metis leader Macdonald saw hanged for treason, but who was also considered by some a hero.

Their story serves as a warning for modern-day politicians, O’Toole suggested.

“Theirs is a story of what happens when Canada is divided,” he said. “When Western alienation takes root and people feel ignored by a distant government in Ottawa who does not try to understand the fears and desires of people thousands of kilometres away.”

With his party dominating much of Western Canada, O’Toole has taken up addressing feelings of alienation in the region as one of his priorities as leader.

He pledged Wednesday that his party will be a unifying force in the country and urged his MPs and senators to embrace a motto from his days in the Royal Canadian Air Force: through adversity to the stars.

“Through respect, professionalism, and the pursuit of excellence, we will show Canadians that we are a government in waiting,” he said.

“Together, we will form an engaged, ethical and compassionate Conservative government.”

O’Toole said he wants to show Canadians his party reflects them, and it was with that in mind that he has filled his front benches with a diverse roster of MPs.

“We are here to fight for you and I am asking that you take another look at the Conservative party,” he said.

While O’Toole has spent his first days as leader putting together his team for Parliament, also on the agenda is figuring out how the party will handle its response to the minority Liberal government’s upcoming speech from the throne.

It will lay out the Liberals’ post-COVID-19 recovery plan, and will be followed by a vote of confidence.

“We’re not itching for an election, we don’t think this is the right time for an election,” deputy party leader Candice Bergen said on her way into the caucus meeting Wednesday.

“We want to look at (the throne speech) and see if there’s something that we can support.”