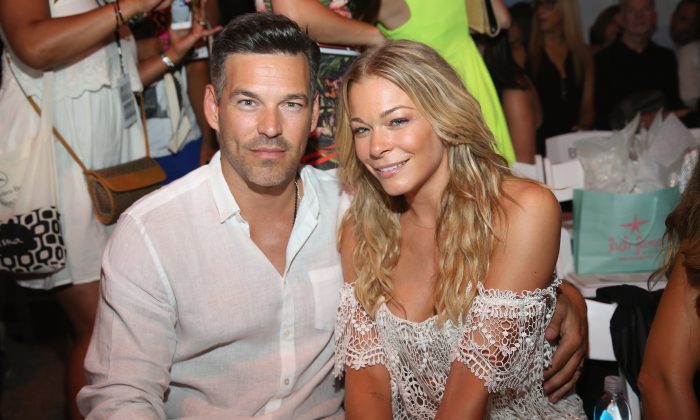 LeAnn Rimes is finally pregnant with her first child, according to a new report.

“She’s not telling anyone, but she’s being super cautious about everything she eats and hasn’t been drinking alcohol, which is rare for LeAnn.”

However, he husband Eddie Cibrian, 41, isn’t thrilled about the development, and is in fact secretly seeing his ex-girlfriend, Star claims.

“LeAnn has wanted a baby with Eddie so badly, it consumed her. But Eddie never shared LeAnn’s baby fever. He already has two sons and has never shown much interest in having any more children. This whole process — all the IVF, all the money they spent on trying to get pregnant — was for LeAnn and LeAnn alone,” the source said.

The “trust issues” and “mounting tensions” are “turning what should be the happiest time in LeAnn’s life into a marital nightmare,” friends say.

That seems to align with what a source recently told Naughty Gossip, although the source claimed Rimes was the one being unfaithful. The source said her husband caught her sending texts to another man.

“She is obsessed with taking selfies and then sending them to her male friends. She has also made a lot of friends on social media and Eddie thinks she’s flirting with them,” the source said.

“They both have a history for cheating and Eddie wants to make sure they are not tempted again. Leann insists the men she is texting are just gay pals, but he isn’t so sure,” another friend said.

However, Gossip Cop says both the pregnant rumors and the cheating rumors aren’t true.

“She is NOT pregnant. She and Cibrian are NOT in trouble,” the website said.

“Star is so laughable it is actually sad,” a representative for Cibrian said. “The stories they come up with are so ludicrous and untrue… there is ZERO truth to anything in their story.”