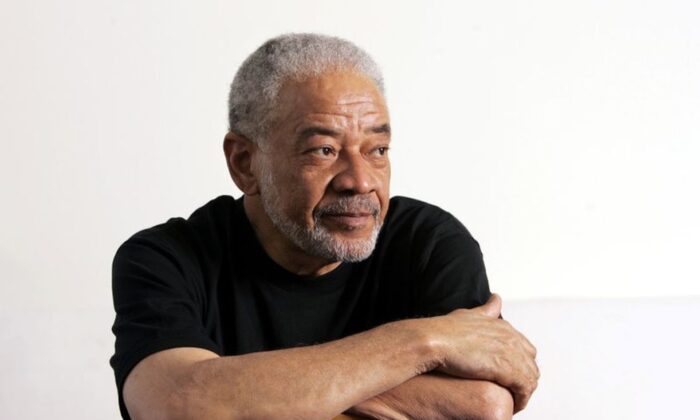 Singer-songwriter Bill Withers poses in his office in Beverly Hills, Calif. on June 21, 2006. Withers, who wrote and sang a string of soulful songs in the 1970s that have stood the test of time, including “Lean On Me,” “Lovely Day” and “Ain’t No Sunshine," died in Los Angeles from heart complications on Monday, March 30, 2020. He was 81. (Reed Saxon/AP Photo)
Entertainment News

Bill Withers, the influential soul singer who wrote “Aint No Sunshine” and “Lean on Me,” died at age 81.

A statement from his family said his cause of death was related to heart complications.

Withers won three Grammy awards over his career and also was named in the Rock and Roll Hall of fame several years ago. He largely stopped making music in the 1980s.

“We are devastated by the loss of our beloved, devoted husband and father. A solitary man with a heart driven to connect to the world at large, with his poetry and music, he spoke honestly to people and connected them to each other. As private a life as he lived close to intimate family and friends, his music forever belongs to the world. In this difficult time, we pray his music offers comfort and entertainment as fans hold tight to loved ones,” his family wrote in a statement to news outlets on Friday.

He is survived by his wife Marcia Johnson and their two children.

The 2009 documentary, “Still Bill,” revealed why he stopped making music after a short career. Chicago Sun-Times film critic Roger Ebert wrote of the documentary: “[Withers] still lives and survives as a happy man. Still Bill is about a man who topped the charts, walked away from it all in 1985 and is pleased that he did.”

His famed song “Lean On Me” was based on his experiences growing up in a West Virginia coal-mining town. When times got rough, his neighbors would lend each other assistance.