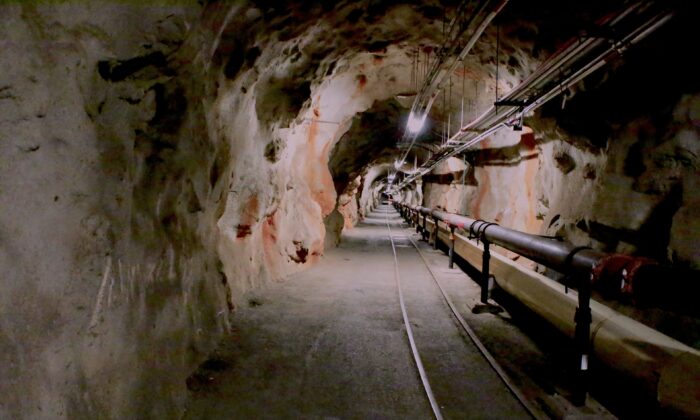 The Hawaii Department of Health has ordered the Navy to suspend operations and empty the underground tanks at its Red Hill Bulk Fuel Storage Facility, putting the U.S. military at odds with state and local officials.

Constructed in the early 1940s in a volcanic ridge near Pearl Habor, the Red Hill Bulk Fuel Storage Facility plays a crucial role in maintaining the Navy’s Pacific Fleet. Consisting of 20 steel-lined tanks encased in concrete and built into cavities inside Red Hill, the complex can store up to 250 million gallons of fuel.

The Navy announced Nov. 21 that some 14,000 gallons of water and fuel mixture had leaked from the facility the weekend prior. At the time, officials insisted the drinking water was safe and the problem under control.

But on Nov. 30 the Navy said it was investigating reports of chemical odor in the water from nearby residents.

On Dec. 8, the Navy announced the pause of operations at Red Hill while the issue was under investigation. That same day, Hawaii Governor David Ige issued an order for the Navy to suspend operations at the complex, to treat contaminated drinking water at the Red Hill well shaft, and safely remove fuel from its 20 underground storage tanks.

The Navy, however, contested the order—leading to proceedings with the state’s Department of Health presided over by Hawaii Deputy Attorney General David Day.

During the two-day hearing Dec. 20 and 21, the Navy reportedly said it’s addressing the issue.

“The Navy has taken every action to ensure the health and safety of people, to prevent damage to the environment, and I’m confident those actions were appropriate and timely,” said Deputy Secretary James Balocki.

But the state drew support from environmental groups, which urged the Department of Health to uphold the order.

According to a supporting motion from the Sierra Club and the Honolulu Board of Water Supply, there have been 76 incidents of fuel leaking from the Red Hill facility over the last roughly 80 years.

“Despite everything the Navy is attempting to do, it is not enough: the evidence shows that the Red Hill Facility is simply too old, too poorly designed, too difficult to maintain, too difficult to inspect, along with being too large to realistically prevent future releases,” the groups said in their motion. “It is not just one problem but a combination of many.”

Day, who presided over the hearings, recommended Dec. 27 that the governor’s order be followed.

In his recommendation, Day said the “weight of the evidence establishes that the Red Hill Facility, as currently situated, is a metaphorical ticking timebomb located 100 feet above the most important aquifer on Hawaii’s most populous island.”

“The Red Hill Facility has already damaged human health and the environment and, as currently situated, inevitably threatens to do so in the future,” Day said. “The Navy lacks the ability to control the substantial risks associated with the Red Hill Facility.”

The Navy objected to Day’s recommendations on Dec. 29, reportedly arguing in filings that the deputy AG used an “overbroad” interpretation of the Department of Health’s emergency authority, and that the tanks didn’t currently pose an “imminent” threat to human health and the environment.

The Department of Health followed Day’s recommendations Jan. 3, finalizing the order against the Navy.

“Today’s decision affirms DOH’s actions to safeguard the drinking water that we share as a community,” said Deputy Director of Environmental Health Kathleen Ho. “In light of today’s ruling, we call upon the Navy to act without further delay to address the imminent peril this facility poses to the people and environment of Hawaii.”

The Department of Health decision does not end the issue, as the Navy has 30 days to appeal the order to the Hawaii Circuit Court.

The Navy did not respond to questions from The Epoch Times about the matter.

Environmental attorney David Henkin, who represented the Sierra Club on the case, reportedly urged the Navy to stop its litigation.

“The Navy technically can appeal the Department of Health’s decision, but now is not the time for delay tactics,” said Henkin, according to the Associated Press. “The threat to O’ahu’s irreplaceable drinking water supply is far too dire for lawyers to play games.”