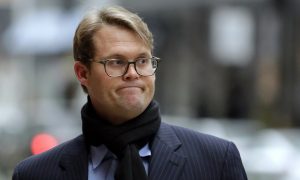 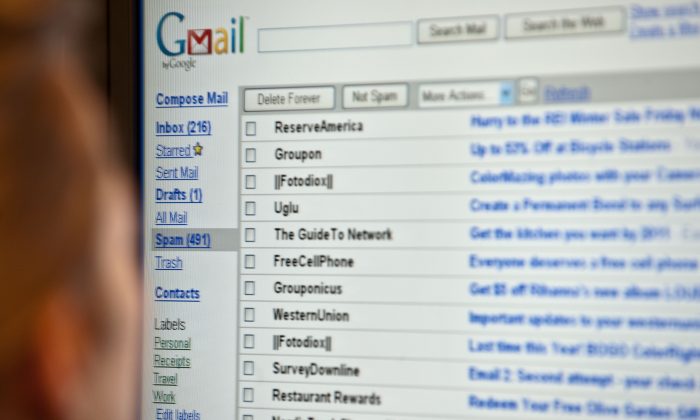 A woman checks her email on a computer in Washington on Nov. 23, 2010. (Nicholas Kamm/AFP/Getty Images)
US News

A private eye service has released a secret romantic script that Nigerian scammers allegedly use to cheat people out of their hard-earned cash.

A leaked playbook that professional con artists use to prey on those looking for love was made public on March 29 by California online dating investigation service Social Catfish in Murrieta, which is about 66 miles from Anaheim.

“Here is the playbook and scripts these scammers use. Share it with friends, or return to it whenever you meet someone new online and grow concerned if they’re honest with you,” the company said in a public statement.

The 22 page document details how to greet a victim, flirt, build a good rapport, develop a romantic relationship, avoid requests to speak on the phone or to meet in person, and tell fantasy love stories involving the victim.

Some of the usual pick-up lines include “hello amazingness,” “I passed by your photo too many times not to stop and say hi,” “my atoms are attracted to your atoms it’s chemistry,” and “you deserve a whole sheet of gold stars.”

Others are more playfully worded.

The script also probes how the victim feels about long distance relationships, personal dreams, fears, secrets, and regrets in life.

“Are you financially stable?” the script said. “What do you spend most of your money on?”

There are scripted responses to avoid speaking on the phone with the victim.

“Sorry I can’t call you cause we are not allowed to use mobiles here because the Taliban insurgents can manipulate it to detonate bombs so, for security reasons, we don’t use phones,” the script said. “I am sorry we can’t talk on the phone until I am out of here.”

The rest of the playbook is devoted to convincing the victim of falling madly in love and how these feelings are genuine.

The company suggests such scammers may not necessarily be waiting to meet their victims on dating websites like Tinder, Bumble, Plenty of Fish, or OkCupid.

“Other times, you open an email where someone needs a loan and claims that they will pay you a thousand (or million) dollars in return,” Social Catfish said. “They sound genuine and you need the cash.”

Many of these requests are worded in a very convincing way, almost telling a Hollywood love adventure starring the victim and what appears to be a romantic and down-to-earth beauty or hunk.

“So many people fall for them and fast. They are composites of the perfect man or woman, someone possessing each quality you’re looking for—kindness, compassion, financial security, a good education, charm, humor, and best of all?” the company said. “They want nothing more than to meet, date, and be with you forever. It’s a whirlwind which has you thinking about a long-term future with someone you’ve never met in person.”

Although the victim may justify sending a gift with the false hope there is a real connection and love that will last for a lifetime but the scammer is in reality just thinking about taking the victim’s money.

Such cases are not rare, with the government funded Federal Trade Commission (FTC) confirming in its 2018 report there were more than 21,000 romance scams resulting in a total of $143 million of losses to Americans.

“That’s more than any other consumer fraud type identified in [Consumer] Sentinel,” the FTC said on its website. “These reports are rising steadily. In 2015, by comparison, people filed 8,500 Sentinel reports with dollar losses of $33 million.”

Roses are red,Violets are blue,Romance scams are bad,And they will cost you!Last year, people reported losing $143…

Social Catfish has the following tips to make it easier to spot a scammer: