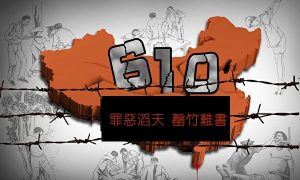 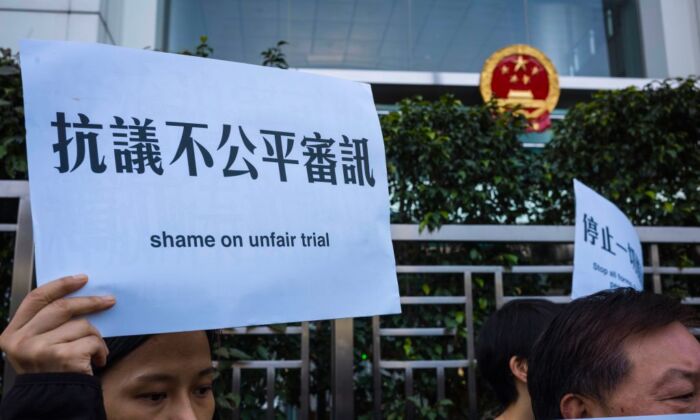 Leaked documents recently obtained by The Epoch Times detailed the Chinese judicial system was not in accordance with the law on suppressing Falun Gong in China, highlighting the ongoing tension faced by the spiritual group.

Falun Gong, also known as Falun Dafa, is a spiritual practice that includes meditative exercises and moral teachings centered around the values of truthfulness, compassion, and tolerance.

The practice had attracted 70–100 million adherents by the late 1990s before the Chinese regime launched a nationwide eradication movement against Falun Gong in July 1999. Millions of its adherents have been arrested, sentenced, and detained, according to the Falun Dafa Information Center.

The document is labeled as “Secret.”

“The courts and procuratorates at all levels [should] strengthen the punishment of Falun Gong … focusing on court trials of Falun Gong cases and preventing human rights lawyers from ‘picking quarrels and provoking trouble,’” it said.

A May report released a month earlier wrote that the authorities “successfully” dealt with the trials when Beijing lawyers defended rights for Falun Gong practitioners.

Human rights lawyer Li Ming, who was forced to flee China in 2018, told The Epoch Times that the 610 office would attend and supervise the court hearing of Falun Gong cases.

The office, set up under the command of former Chinese leader Jiang Zemin on June 10, 1999, functions as an extralegal secret police force aiming to eradicate Falun Gong in China.

“Although [the judges and prosecutors] believe that Falun Gong practitioners are innocent in holding on to their beliefs, they do not dare to freely express themselves in that high-pressure environment under surveillance,” said Li.

Li was once threatened and suppressed by the local 610 office while working in Shanghai for defending Falun Gong practitioners.

The document also outlines surveillance and control tactics used both domestically and abroad, online and offline, such as eliminating hanging banners and spray-painted slogans by local practitioners, monitoring and blocking relevant information on the internet, and collecting information from overseas Falun Gong affiliate organizations.

In addition, an annual report released in July 2017 by the Municipal Committee on Politics and Law in Dandong shows that state media was weaponized to smear Falun Gong and lead the public opinion.

In 2016, local television stations and newspapers ran anti-Falun Gong programs as part of Beijing’s patriotic education, under the command of the propaganda department of the municipal committee.