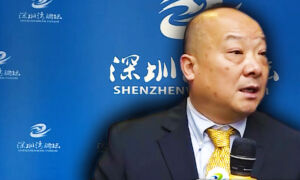 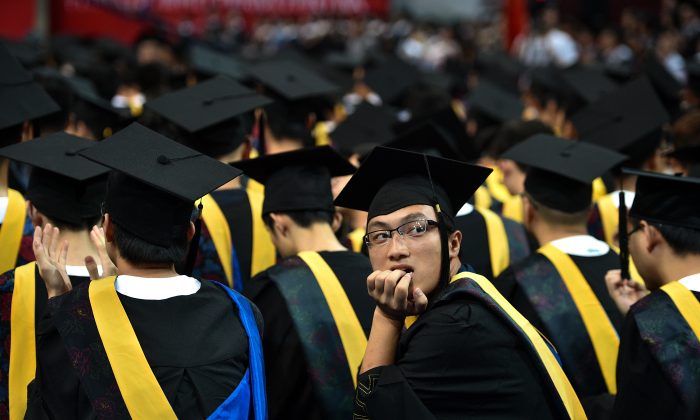 Students at the Huazhong University of Science and Technology graduation ceremony in a sports stadium in Wuhan City, in China's central Hubei Province, on June 20, 2017. (STR/AFP/Getty Images)
China Society

A leaked document circulating on the Chinese internet recently demonstrates how the Chinese Communist Party stifles dissent in academia and encourages Chinese citizens to inform on each other.

The document, a letter addressed from the Party organization of the Zhongnan University of Economics and Law located in Wuhan City, Hubei Province, to China’s Ministry of Education, described an incident involving a faculty member.

According to the document, Di Jiehong, an associate professor who teaches public management at Zhongnan University, gave a lecture on April 25, whereby she expressed criticism toward China’s constitution, state-owned firms, and the National People’s Congress, China’s faux legislature that rubber-stamp-approves the Party leadership’s decisions. She also spoke about other countries’ political systems.

It further explained that a student had questioned Di’s points, which led observers to suspect a student in the class had informed on Di.

The university’s Party  “investigation team” and “discipline commission” recommended that Di receive a demerit, be stripped of her Party membership, be transferred to another workplace, and have her teaching qualifications revoked, the document said. The decision was already approved by the school’s Party committee, and was in the midst of formal procedures to enact penalties against her.

Party organizations are set up in the workplace to ensure staff and workplace decisions toe the Party line, and it is these entities that Di had offended against.

Di began working at the university in 2001 and became an associate professor in 2014, according to public records.

The hard-lined approach to stamping out criticism of the Communist Party was reminiscent of an internal Party order to university administrators and professors, known as the “7 Don’t Speaks,” that circulated in May 2013, whereby instructors were prohibited from discussing specific topics in class, including civil rights, freedom of the press, and civil society.

Another directive, from the Ministry of Education in October 2014, included a list of prohibitions for institutions of higher education—among them, “having words or actions that go against the Party’s path, direction, and policies.”

Speaking to Radio Free Asia (RFA), former professor at Guizhou Minzu University, Cao Zhenhua, explained that schools typically set up “informants” among students and faculty, in order to report on any activities or opinions that are critical of the Party or otherwise deemed inappropriate.

“Each class has one or two students who report on the teachers’ lessons, and report back to security agents,” Cao said.

Furthermore, instructors are expected to instill and teach Communist ideology to students, and avoid any topics that conflict with it. To increase monitoring of college instructors, “many university classrooms have cameras installed,” Cao told RFA.

Tan Song, a Chinese professor, spoke about the culture of informing on teachers that is all too common in universities. “[Some students’] brains are filled with red sentiment. Once they hear words from a teacher that is different from what they were taught, they will instinctually go to report on them.”