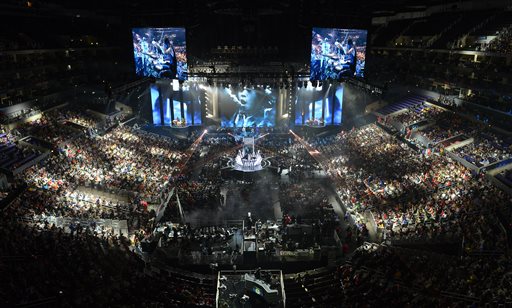 League of Legends Will Get a Sound Overhaul: Riot Games

League of Legends will get an audio update in the near future, Riot Games, the developer of the game, has said.

“Back in the Patch 4.7 Notes, we mentioned a new audio engine is coming your way. Basically, we’re transitioning over to a new tool to control the voices, music and sound effects in League of Legends. We’re still a few patches away from switching over, but since we’ll be shipping files out over the next few releases, we wanted to let you know what to expect once the new engine is activated,” a sound designer wrote in a blog posting.

The posting adds that when the game comes to a new engine, “there’ll be subtle clarity improvements to the in-game sounds, proper support for Surround Sound and adjustments to how we implement stereo panning/imaging. You may also see slight performance gains with memory management.”

“The biggest gains will come further down the road: our new engine opens the door for us to explore more ideas for how we create and use sound effects, voices and music in League of Legends, allowing us to create a more expansive and immersive experience. We’ve grown a lot the past few years and hope to be playing League of Legends many more years from now. This change makes our game more scalable for the long term,” he adds.

The post comes as a report said that the blue team wins about 15 percent more than the red team.

“Our findings? In over 224 games, the Blue side team won 34 more times than the Red side. In other words, if you always played on the Blue side, keeping everything else fair, you’d win four games for every three of your Red side friends,” the Daily Dot writes after carrying out an analysis.