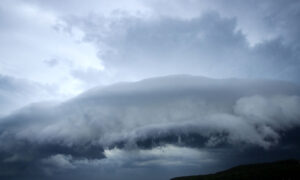 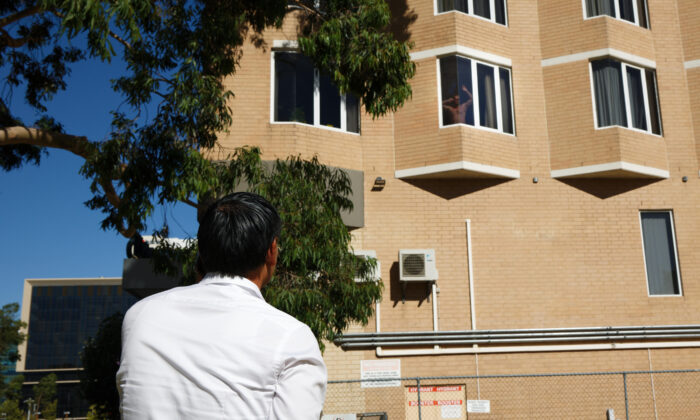 A man in quarantine at the Four Points hotel speaks with a friend standing on the street below in Perth on January 31, 2021, (Trevor Collens/AFP via Getty Images)
Australia

A prominent medical professional has expressed frustration at the hotel quarantine system in Western Australia (WA) and believes that the lockdown resulted from health officials ignoring the warnings of medical experts.

WA Australian Medical Association president Dr. Andrew Miller has blamed the lack of a strict mask policy and air ventilation within the quarantine hotels to combat airborne transmission as the cause of the lockdown.

“It has been clear to scientists that airborne spread, whilst not always the dominant method of transmission is certainly an important method of transmission,” said Miller speaking to reporters at a press conference on Wednesday. “If we don’t adopt an approach that mitigates against and protects us against airborne spread in stuffy indoor situations then we will fail again, and again, and again.”

After testing over 30,000 people, the WA Premier has reported no new local cases of the CCP (Chinese Communist Party) virus, commonly known as novel coronavirus, since the start of the five-day lockdown on Monday.

Authorities are still investigating how the guard who was on duty at Four Points by Sheraton contracted the UK virus strain.

WA Director of Communicable Disease Control Paul Armstrong said that quarantine staff working in high-risk situation would now be required to wear a mask at all times. The previous policy had only required security guards to wear masks if they were to come into close contact with the infected guests.

“If they [the security guards] hear anybody coming to the doors or there’s an inkling that the door is going to be opened, they’ve got ready access to masks and eyewear, and they’re trained and advised to put that on,” said Armstrong.

On Wednesday, WA Health Minister Roger Cook clarified that the security guard was not in contact with the infected guest he was monitoring.

“The security guard did not approach the door during the day. However, obviously you can understand with seven different visits during that day to the person in question, it would appear that there is some spread of the disease,” Cook said.

Authorities are examining the possibility of air-borne transmission or surface contamination but Armstrong state that, “It’s a working hypothesis. We haven’t really nailed it yet.”

The lockdown is expected to end on Friday if no new local cases are recorded. The premier has also said that the community must see 14 days of no transmissions before life returns to normal.