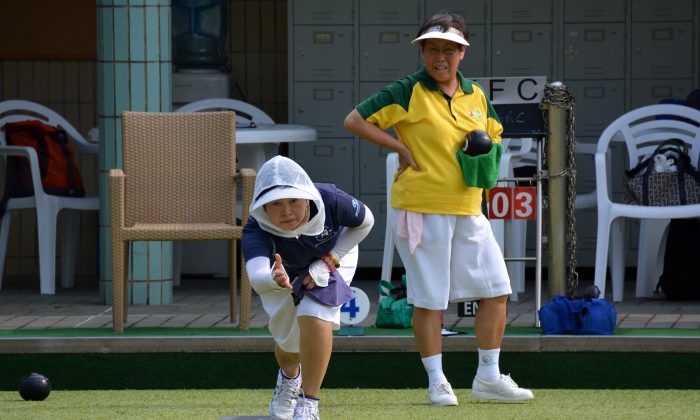 KCC had a comfortable victory against HKFC and the only setback was from ex-Hong Kong international Danny Ho, who lost to Wagner Chan 17:21.

Bottom clubs HKFC-B team and KBGC-B team also saw their survival hope revived as they both secured a crucially important six points from their home games.

After the weekend KBGC continues to lead the table with 64 points, two more than KCC. Police maintain their third position but are now 14 points behind the leader.

The bottom of the table is a bit tight, with four points separating the last three teams. Indian Recreation Club, who lost 1-7 at Craigengower Cricket Club, is just one point ahead of second from bottom KBGC-B.

Women’s
In the women’s section, Hong Kong Football Club-A team is well on course for their eighth successive title, courtesy of a surprise slip-up of second-placed Shatin Sports Association.

Before the game HKFC-A were level on points with STSA but with a better shot difference. On Saturday STSA was at home against mid-table Island Lawn Bowls Club in a game they were expected to win. The game ended disastrously for STSA and they must be grateful to Hong Kong international Alice Lee, whose 23-11 victory against Ada Ng bought home three valuable points.

While HKFC-A comfortably dispatched third-placed United Services Recreation Club 8-0 at home, they have now opened up a gap of five points at the top.

At the bottom end of the table, the bottom team Seabird Sports Club swapped places with the Police, after recorded a victory of 8-0 at home. SBSC is now only two points less than the team above them (FC-A) but the Police team now lie nine points from safety.