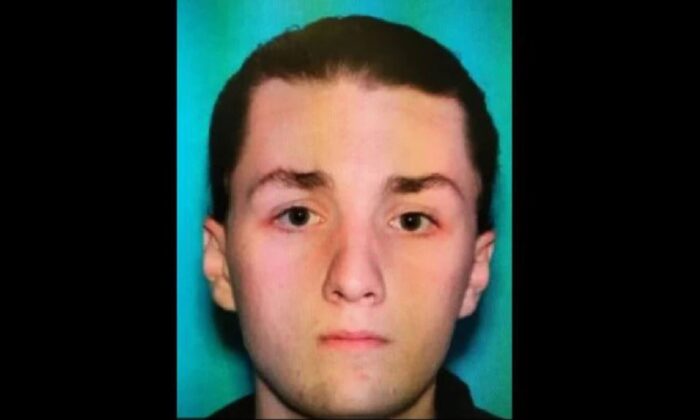 Kaleb Cole in a file mugshot. (DOJ)
Crime and Incidents

A man who was convicted of launching a campaign to intimidate journalists and activists was sentenced to seven years in prison on Tuesday.

Kaleb Cole, 25, is a leader of Atomwaffen Division, a Neo-Nazi group.

During a court appearance in Washington state on Tuesday, U.S. District Judge, a Reagan nominee, sentenced Cole to seven years in jail and three years of probation.

He waived a fine and ordered the payment of several hundred dollars in a special fee.

Prosecutors had urged the court to sentence Cole to 87 months in prison, calling him “a dangerous, unrepentant man who should be removed from society so that he cannot harm or terrorize others.” Cole’s lawyer had asked for 36 months in prison, arguing a lengthier term was not justified by the evidence in the case, arguing he shouldn’t have threatened people but asserting that he never committed violent acts and “had no intention of actually harming anyone.”

Cole, along with members of the group he leads, worked to identify journalists and activists on the Internet, specifically targeting Jews and other minorities, according to court documents.

Cole and Cameron Shea, who pleaded guilty to federal conspiracy and hate crime charges last year, made threatening posters, including one littered with swastikas, that contained personal information and mailed them to a reporter and two people linked to the Anti-Defamation League.

Members also posted threatening posters at residences they believed belonged to a journalist and an editor of a Jewish publication.

“The matter of these nosy reporters coming into our daily lives, where we work, where we live, where we go in our spare time. We must simply approach them with nothing but pure aggression,” Cole said in a recording to members of his group. “We cannot let them think that they can just … that it’s safe for them to just come up to us, and [expletive] with us. We cannot let them think they are safe in our very presence alone.”

Cole was convicted of interfering with a federally protected activity because of religion, three counts of mailing threatening communications, and one count of conspiring with other Atomwaffen members to commit other offenses against the United States.

“Threats motivated by religious intolerance are antithetical to American values, even more so when they aim to intimidate journalists and others who are working to expose bigotry in our society,” Assistant Attorney General Kristen Clarke said in a statement. “The defendant led a multi-state plot by a neo-Nazi group to threaten and intimidate journalists and advocates who were doing important work to expose anti-Semitism around the country. The Justice Department will continue to investigate and prosecute these hateful acts.”

“The defendant sought to intimidate journalists and advocates working to expose anti-Semitism, but that effort failed,” added Assistant FBI Director Timothy Langan. “Cole’s intended victims fought back but not with threats of violence; they fought back in a court of law.”

Along with Shea, two other co-conspirators previously pleaded guilty. Two were sentenced to jail time.

Correction: A previous version of this article mistakenly described Cole’s allegations against the FBI. The Epoch Times regrets the error.