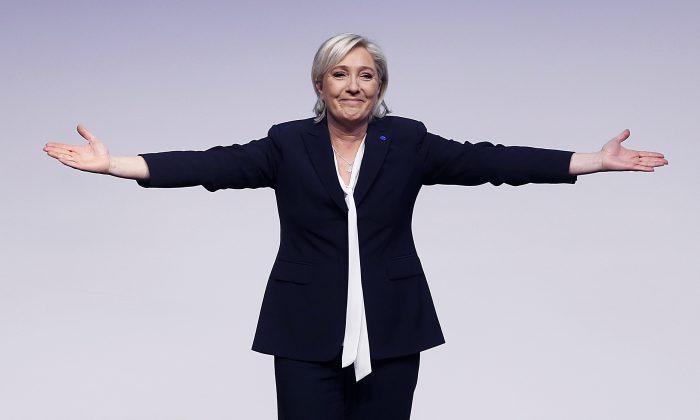 Conservative leader and candidate for next spring presidential elections Marine le Pen from France celebrates after her speech at a meeting of European Nationalists in Koblenz, Germany, in this file photo. (AP Photo/Michael Probst)
International

French conservative presidential candidate Marine Le Pen is reiterating her commitment to pull France out of the European Union and to restore the franc as the country’s official currency.

Le Pen used her closed speech at the conference to highlight some of her key campaign promises from the 144 commitments she announced a day earlier.

She says she plans, if elected, to schedule a referendum within her first six months on a “Frexit” and intends to negotiate issues like borders and currency with the EU.

Le Pen says she also wants to France to leave NATO’s integrated command and to build up the country’s capabilities to provide for its own defense.