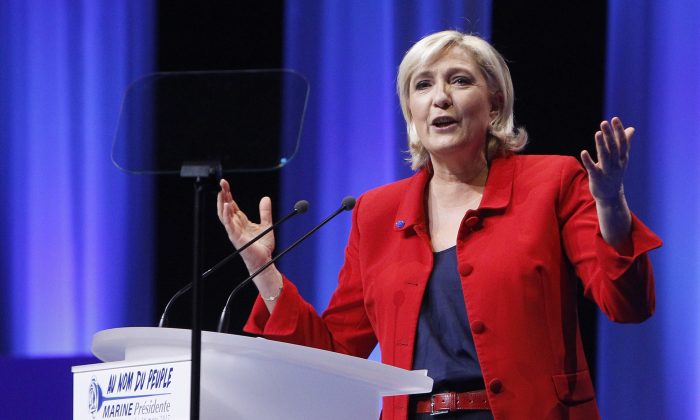 PARIS—National Front presidential candidate Marine Le Pen says that if her plan to pull France from the euro currency is rejected by the French she will resign.

Le Pen, speaking Monday on Europe 1 radio, reiterated her plan to hold a referendum on the euro issue if elected president, and “If it’s no, I will go.”

She said that a show of support for the eurozone means the French “choose a model of governance imposed by the European Union”—which Le Pen also wants to exit. It also means, she said, that “70 percent of my project cannot be put in place.”

Le Pen is at the top of polls ahead of the April 23 and May 7 voting, along with independent centrist Emmanuel Macron.