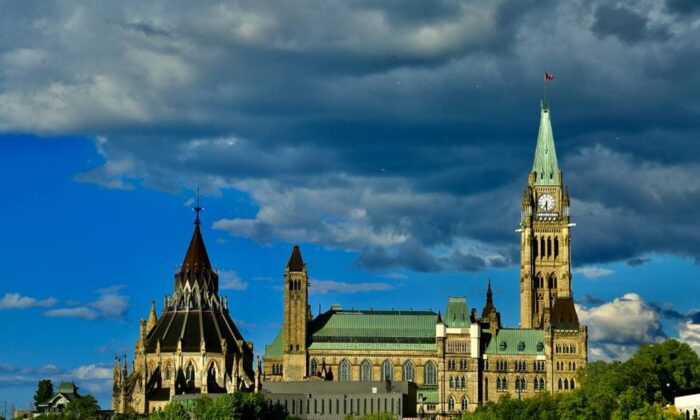 Invoking the act without meeting the high threshold for its use undermines the rule of law and civil liberties, lawyers say
By Isaac Teo

A group of lawyers says the use of the Emergencies Act by the federal government is not warranted, and failing to meet its strict criteria before invoking it undermines the rule of law and civil liberties.

The motion was passed in the House of Commons on the night of Feb. 21. The act must also be passed in the Senate, where it is currently being debated. If senators fail to approve it, the order would be immediately revoked.

In a letter sent to all members of Parliament and senators on the morning of Feb. 21, a group of 35 lawyers urged them to reject the use of the Emergencies Act invoked by Prime Minister Justin Trudeau ahead of the vote in the House of Commons that night.

“We encourage you to exercise your authority, consider the issues we have identified, and view your vote on the Emergency Declaration not through a partisan lens, but one which considers how to best safeguard the rule of law and civil liberties—not only for today, but more importantly, for the future.”

Trudeau invoked the Emergencies Act on Feb. 14 in response to the protests against COVID-19 mandates and restrictions by truckers and their supporters in Ottawa and across the country in past weeks.

The lawyers, from provinces including Ontario, Quebec, Alberta, and B.C, said they “do not believe that the current circumstances warrant its unprecedented invocation.”

“The rule of law is a fundamental principle of our constitutional order and requires that the government be bound by the law. It appears that the government has enacted an Emergency Declaration where it has not met the strict criteria permitting it to do so,” the lawyers said.

“Firstly, the Emergencies Act contains very strict criteria which must be met in order for the federal government to declare a Public Order Emergency.”

A Public Order Emergency is defined by the act as “an emergency that arises from threats to the security of Canada and that is so serious as to be a national emergency.”

Referring to Section 16 of the act, “threats to the security of Canada,” whose meaning is assigned by Section 2 of the Canadian Security Intelligence Service Act, the lawyers listed the main activities that would constitute a security threat.

“‘(T)hreats to the security of Canada’ include such activities as espionage; foreign-influenced activities detrimental to Canada’s interests that are deceptive or involve threats; terrorist activities; and activities intended to effect the destruction, or violent overthrow, of the government,” the letter said.

The lawyers argued that even assuming one of the “threats” is met, it still does not pass the high threshold required by the act to deem it a “national emergency.”

The act defines national emergency as “an urgent and critical situation of a temporary nature that (a) seriously endangers the lives, health or safety of Canadians and is of such proportions or nature as to exceed the capacity or authority of a province to deal with it, or (b) seriously threatens the ability of the Government of Canada to preserve the sovereignty, security and territorial integrity of Canada, and that cannot be effectively dealt with under any other law of Canada.”

The lawyers said governments at all levels already have sufficient laws to handle the protests without the invocation of the act—something other groups have also pointed out.

“In fact, prior to the Emergency Declaration, Ontario had already invoked a State of Emergency. Some infrastructure blockades had already been cleared under existing laws, which included enforcement of court injunctions. There are also already a wide variety of charges available to law enforcement officials under federal, provincial, and municipal laws to address activities such as impeding critical infrastructure or property destruction,” the lawyers argued.

The letter also noted that the act presents “significant and unprecedented challenges” to Canadians’ civil liberties, citing the financial measures announced by Finance Minister Chrystia Freeland on Feb. 14 as one example.

Under the act, financial measures were brought in to reduce funding for the protests, such as the broadening of anti-money laundering regulations to encompass crowdfunding platforms and digital currencies. Banks can also freeze accounts of individuals and corporations involved in the protests without a court order.

At least 76 bank accounts, representing $3.2 million, have been frozen due to their association with the protest in Ottawa, Public Safety Minister Marco Mendicino said during a virtual press conference on Feb. 19.

The lawyers stressed that if financial assets can be frozen “without judicial authorization” and “without evidence of civil or criminal liability,” the measures will remove an “important independent safeguard” that protects Canadians’ financial well-being.

The letter also expressed concerns that the act will give law enforcement the authority to breach the Charter of Rights and Freedoms that gives Canadians the right to peaceful assembly, free speech, and due process before and under the law.

“We are also concerned that future federal governments will use the current emergency to justify emergency measures against Canadians’ peaceful political and ideological activities, and against those who might simply oppose the government of the day.”

Failure to comply with the act can lead to, on summary conviction, a fine up to $500 or imprisonment for up to six months, and on indictment, a fine not exceeding $5,000 and imprisonment up to five years.

“We note that the Emergencies Act provides for a mandatory public inquiry into its use. We encourage you to ensure that this public inquiry is robust, has representation from across all parties, and includes the participation of independent, non-partisan experts, including lawyers,” the lawyers wrote.

On the night of Feb. 21, a majority of MPs in the House of Commons voted along party lines, with the Liberals and the NDP voting to pass the motion for confirmation of the declaration of emergency, while the Conservatives and Bloc Québécois voted against it.

The motion was carried with 185 MPs voting for it and 151 against it.

The Senate must now also vote on the government’s request to use measures under the Emergencies Act. If approved, the measures could be in effect until mid-March. The government can extend its use of the act beyond that period as long as it maintains Parliament’s approval.