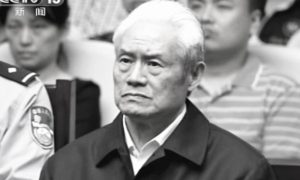 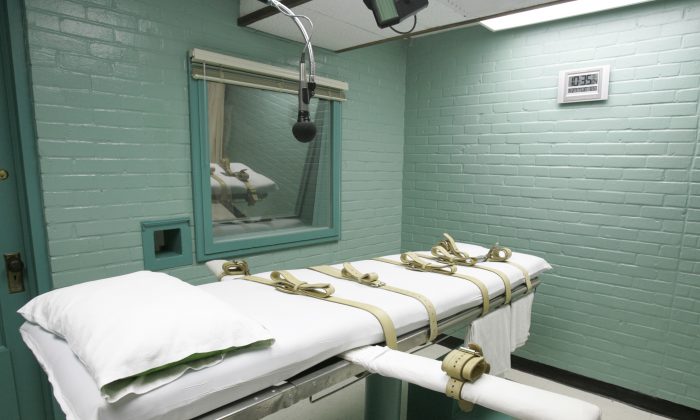 An execution chamber in Huntsville, Texas, on May 27, 2008. (Pat Sullivan/AP Photo)
Crime and Incidents

RICHMOND, Va.—Attorneys for a convicted serial killer in Virginia are pushing to spare his life as the 49-year-old’s scheduled execution draws near.

The state had been planning to execute Alfredo Prieto at 9 p.m. Thursday at the Greensville Correctional Center, but it was unclear whether that will take place.

The El Salvador native was on death row in California for raping and murdering a 15-year-old girl when DNA evidence linked him to the rape and murder of Rachael Raver and the slaying of her boyfriend, Warren Fulton III. Authorities have linked Prieto to several other killings in California and Virginia but he was never prosecuted because he had already been sentenced to death.

A federal judge in Alexandria approved an order Wednesday temporarily blocking Prieto’s execution, and called for a hearing after his attorneys raised concerns about one of the lethal injection drugs that the state intends to use.

But the hearing was canceled after the case was transferred to a new judge in Richmond. As of late Wednesday, no new hearing had been set on the matter.

Prieto’s attorneys asked the court to delay the execution until Virginia officials disclose more information about the supply of pentobarbital they received from Texas, saying they’re concerned about the quality of the drugs and whether they would bring Prieto “gratuitous and unnecessary pain.”

Virginia obtained pentobarbital from Texas to replace its supply of another sedative, midazolam, which expired Wednesday.

Prieto’s lawyers want to know the name of the supplier, tests confirming its sterility and potency and documents showing that the drugs were properly handled. Texas allows prison officials to shield where they get execution drugs and Virginia officials have not provided that information.

Attorney General Mark Herring’s office urged the judge to dismiss Prieto’s case, noting that Texas has used the same drugs without any problems in 24 executions over the past two years. They said that further delaying Prieto’s execution and allowing him to “fully indulge his speculations” could prolong the case past the drug’s expiration date.

“Granting injunctive relief in these proceedings, then, may very well negate the Commonwealth’s ability to execute this serial murderer-rapist,” Herring’s office said.

The U.S. Supreme Court is also weighing Prieto’s last-minute attempts to block the execution on the grounds that he’s intellectually disabled.

Prieto’s attorneys urged the high court Tuesday to delay his execution so he can continue to fight his death sentence in California, saying he would likely be deemed a person with an intellectual disability if granted the opportunity to pursue his appeal.