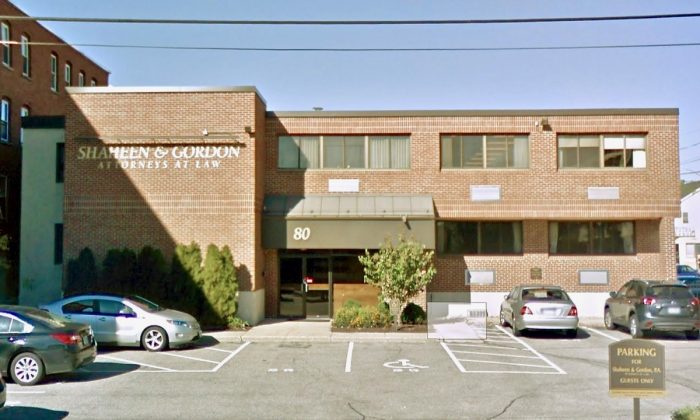 Lawyers collected the check for a $559 million Powerball prize winner who is fighting to stay anonymous.

Despite the ongoing court case, representatives for the winner, known only as “Jane Doe,” and the lottery commission agreed that the winnings could be transferred to a trust fund, New Hampshire Public Radio reported.

Jane Doe made her charitable plans for the money public through her lawyers as they finally collected the check, WCVB reported. Jane Doe first purchased the winning ticket on Jan. 6 from Reed’s Ferry Market in Merrimack, New Hampshire.

As NTD reported earlier, Jane Doe did not immediately claim her prize after she discovered she was the winner, because the lottery commission told her it would have to reveal her name, town, and amount of winnings.

New Hampshire is one of the few states that allow winners to stay anonymous, but Jane Doe didn’t understand the legal technicalities that could have guaranteed the preservation of her anonymity, NTD reported.

She signed her winning ticket, seemingly not realizing this would prevent her from establishing a trust fund that provides the only legal cover of anonymity. After contacting lawyers, she realized the mistake. Lottery officials told her she could not revise her signature on the ticket, and so she took the issue to court, according to the NTD report.

Jane Doe and her legal team established Good Karma Family Trust in hopes of shielding her identity. She has a team of bodyguards on call to provide protection if the court forces her to reveal who she is, according to WCVB.

There is an effort in New Hampshire state government to revise legislation surrounding a lottery winner’s right to privacy, although if the law is changed, it may not have come soon enough to help Jane Doe, WMUR reported.

“I was in line this weekend getting a lottery ticket, and someone said it’s a shame they’ve got to expose everyone to the state or the country if you have a great day and win some money, and I think the citizens of New Hampshire really want to be able to protect their privacy,” said New Hampshire State Senator Kevin Cavanaugh, via WMUR.