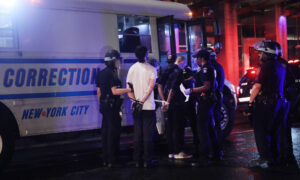 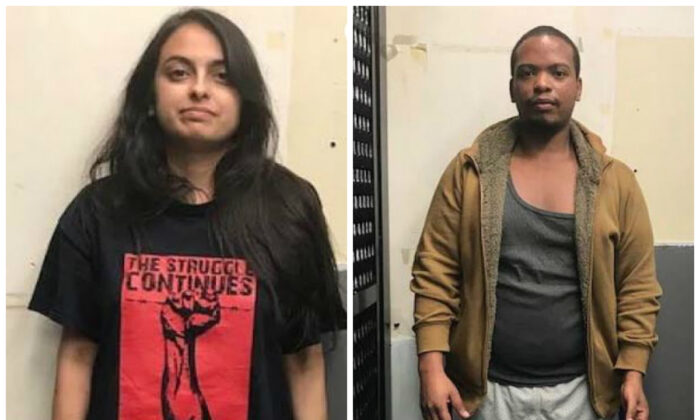 Urooj Rahman, left, and Colinford Mattis, were charged with arson, use of explosives to commit a felony, and making or possessing a destructive device for allegedly throwing Molotov cocktails at an NYPD vehicle. (US Attorney's Office-Eastern District of New York)
NY News

Two lawyers allegedly involved in a Molotov cocktail attack on New York City Police Department (NYPD) police vehicles were indicted with the use of explosives.

Urooj Rahman, 31, and Colinford Mattis, 32, both of Brooklyn, also face six other counts, including arson, use of explosives to commit a felony, and making or possessing a destructive device.

“Amid largely peaceful demonstrations” on May 29, the defendants “allegedly hurled Molotov Cocktails at NYPD vehicles without regard for the potentially deadly consequences,” U.S. Attorney Richard Donoghue said in a statement.

“Such criminal acts should never be confused with legitimate protest. Those who carry out attacks on NYPD Officers or vehicles are not protesters, they are criminals, and they will be treated as such,” added Donoghue, the U.S. attorney for the Eastern District of New York.

The violence that the defendants allegedly committed “not only endangers our NYPD officers but threatens the constitutional right of people to peacefully protest,” NYPD Commissioner Dermot Shea said.

According to court filings (pdf), a surveillance camera captured Rahman throwing a Molotov cocktail at an NYPD vehicle in the Fort Greene neighborhood in Brooklyn before fleeing in a minivan.

Police officers chased the minivan and, after catching up, arrested Rahman and Mattis, who was driving the vehicle.

Inside, officers found several items for the cocktails, including a lighter, a bottle filled with toilet paper and liquid that was suspected to be gasoline, and additional bottles and toilet paper.

Shader was also captured in a video igniting a Molotov cocktail and hurling it at an NYPD vehicle, which was occupied by four police officers, shattering two of its windows, according to the filings.

William Sweeney, the assistant director in charge of the FBI’s New York field office, said that the trio’s “criminal behavior risked lives, destroyed equipment that exists to serve the community, siphoned response resources, and created a threat to those who had every right to safely assemble and express their opinion.”

The case has drawn widespread attention because both Rahman and Mattis are lawyers.

According to a LinkedIn profile, Mattis is employed by Pryor Cashman LLP. The place of employment for Rahman, who has been described as a human rights lawyer, couldn’t be determined.

Pryor Cashman didn’t return a voicemail on Saturday morning. Mattis was reportedly on furlough due to the COVID-19 pandemic and has now been suspended.

Rahman was bailed out by another attorney, Washington-based lawyer Salmah Rizvi, who worked in both the State and Defense departments under former President Barack Obama. Mattis was also released on bail.

But both were back in prison last week after the U.S. Court of Appeals for the Second Circuit granted prosecutors’ request for an emergency stay.