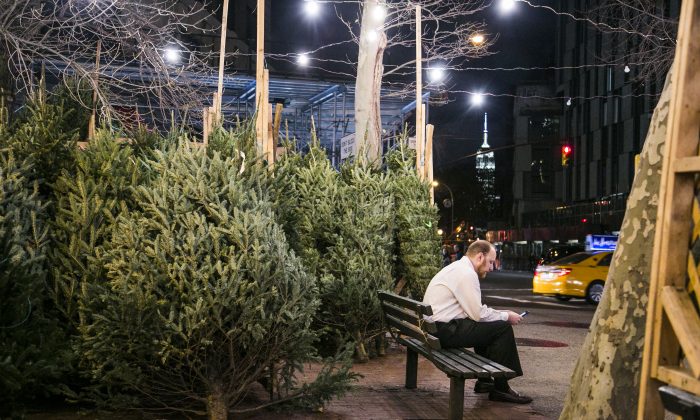 A New York City lawyer, who lives in Manhattan’s Upper East Side, is suing his neighbor, the socialite wife of a billionaire hedge-fund manager, for constantly playing holiday music.

“It’s not like she plays it a half-hour every day,” lawyer Nick Wilder, who is representing himself in the case, told the New York Post. “It’s on from 7 a.m. to midnight.”

Wilder has taken Lisa Maria Falcone, the wife of hedge fund manager Philip Falcone, to court over the matter. The Falcones own three town houses across from Wilder’s apartment on East 67th Street, the paper said.

He elaborated: “I like a Christmas song on Christmas Day. But I’m tired of hearing ‘Jingle Bells’ like 700 or 800 times a day.”

According to CBS New York, the music is emitting from a display outside their home.

“She’s invading other people’s homes with her elevator music,” Wilder said, adding that hopes she shows some “Christmas spirit” and stops “annoying the entire neighborhood.”

In the case, he’s seeking a court injunction to stop her from playing the music.

One local has lauded Wilder for doing something about the music.

“To have somebody projecting the music into your home is not right,” the unnamed resident told CBS. However, another woman who lives nearby, said she’s fine with the display and music.