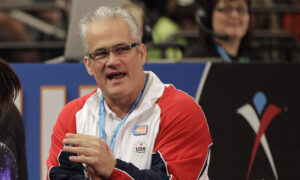 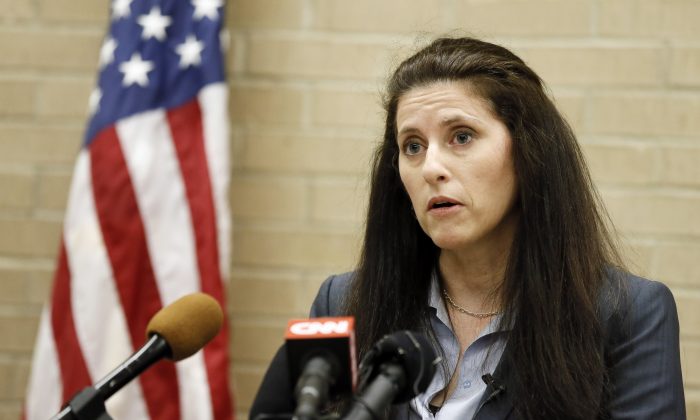 DALLAS—A Texas police officer had answered back-to-back suicide calls and was fraught with emotion when he responded to a report of a fight at a pool party where he wrestled a black teenage girl to the ground, his lawyer said Wednesday, hours after activists called for prosecutors to charge him.

Attorney Jane Bishkin said David Eric Casebolt, known to friends and family as Eric, apologizes for his treatment of the girl and to others offended by his actions Friday at a community pool in the Dallas suburb of McKinney.

“With all that happened that day, he allowed his emotions to get the better of him,” Bishkin said.

Casebolt’s first call that day was to an apartment complex where a man had fatally shot himself in front of his wife and children, she said. The former Officer of the Year, who resigned Tuesday, then went to a home where a teenager was threatening to kill herself by jumping from the roof of her parents’ home.

“Eric’s compassion during these two incidents is a testament to his character,” Bishkin said, acknowledging that they had taken an “emotional toll” and made him reluctant to respond to the pool party. Ultimately, he did after hearing a violent assault had occurred, she said.

Cellphone video taken by people at the pool show Casebolt running after black teens and ordering them to the ground, then forcing the teen girl onto her stomach and placing his knees on her back. At one point, he drew his firearm after two young black men charged forward in apparent protest of the girl’s treatment but holstered the weapon when two other officers intervened.

Police said officers were responding to reports of teens unauthorized to use the pool who were jumping a fence to gain entry. Residents of the middle-class neighborhood have said teens attending an end-of-school party at the pool and adjacent park were acting unruly.

We will keep on assembling and protesting until this officer is charged.
— Dominique Alexander, demonstrator, Next Generation Action Network

“We will keep on assembling and protesting until this officer is charged,” said Dominique Alexander with the Next Generation Action Network, based in the Dallas suburb of Grand Prairie.

Grand juries too often have sided with police accounts of violent encounters with minorities, according to Pamela Meanes, president of the Washington, D.C.-based National Bar Association, the nation’s oldest association of predominantly black lawyers and judges. That pattern has changed with the proliferation of cellphones, she told media.

“I wonder what the narrative would be if there was no tape from this particular scene,” she said.

Bishkin said Casebolt was “not targeting minorities,” adding, “he also detained a white female, who you do not see on the video.”

The protesters did not specify what charge should be filed against Casebolt, but Heath Harris, a former Dallas County prosecutor who’s representing the one person charged in the fracas, said video appears to show Casebolt could be accused of a misdemeanor count of official oppression, which covers the mistreatment or unlawful detention of people by a public servant. The Collin County district attorney’s office did not respond to a call seeking comment.

Meanes acknowledged teens at the pool should have done more to comply with police orders.

“I think it’s a good opportunity for America to have a conversation about mutual respect,” she said.

McKinney police have said charges, including evading arrest, against Harris’s client, 18-year-old Adrian Martin, will be dropped. Harris said Martin does not intend to sue for being arrested and jailed.

“What his family is more interested in is making sure other kids don’t find themselves in a similar situation,” Harris said.

Meanwhile, Bishkin said death threats against Casebolt have forced him and his family to leave their home for an undisclosed location.

Daniel Malenfant, president of the McKinney Fraternal Order of Police, said Casebolt hopes his resignation will “restore peace in the community.”

“He was a dedicated and decorated officer, who in this instance was placed in a high-stress environment that he was not completely prepared for,” Malenfant said.