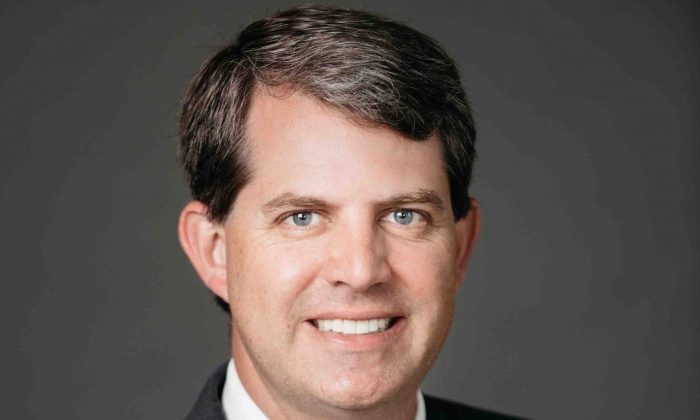 Robert Henneke, attorney for the plaintiffs in successful challenge to the constitutionality of the Affordable Care Act. (Courtesy Texas Public Policy Foundation)
US News

Lawyer in Successful Challenge to Obamacare Sees Victory for Freedom

A federal judge’s surprise move late in the day on Dec. 14 to strike down the Affordable Care Act statute in its entirety is sending shock waves through the political world, but a jubilant lawyer on the winning legal team said the court ruling strikes a blow for freedom, is constitutionally sound, and is here to stay.

The Dec. 14 ruling by Judge Reed O’Connor of the Northern District of Texas was hailed by President Donald Trump but promptly assailed by former President Barack Obama, his liberal allies, and some legal commentators, largely on hyper-technical procedural grounds as opposed to whether the law itself runs afoul of the U.S. Constitution.

When Congress in 2017 effectively repealed the mandate that compelled Americans to buy health insurance it “sawed off the last leg it [i.e. Obamacare] stood on,” the judge held. “The court finds the individual mandate ‘is essential to’ and inseverable from ‘the other provisions of’” the so-called Patient Protection and Affordable Care Act.

Time to ‘Stand Down’

Robert Henneke, who represented Neill Hurley and John Nantz, two successful consumer-plaintiffs in the lawsuit, gave an exclusive interview to The Epoch Times. He is the director of the Center for the American Future at the Austin-based Texas Public Policy Foundation

“To give a contrary example to those who are critical of this opinion, alleging that it will cause people to lose their insurance, I would point to the fact that you already have millions of people who have lost their insurance because of their inability to afford” the government-mandated plans, Henneke said.

Now is the time for genuine health care reform, not more federal meddling in Americans’ lives, he said.

“We need to look at the policy not through the courts but by the legislative process and I think this is the more important lesson of how critical it is for the states to now reassert themselves in their role, to step back in and to be the drivers of health care policymaking,” he said.

The decision was handed down the day before the deadline for Americans to enroll in federal insurance exchanges created under the Affordable Care Act statute. That law was enacted in March 2010 without a single Republican vote in Congress on final passage. Insurance premiums skyrocketed, and critics blame the Affordable Care Act for out-of-control costs and added bureaucratic red tape.

Months or even years of legal appeals by supporters of the law are now a certainty. Democratic California Attorney General Xavier Becerra has promised to appeal the decision, and both sides expect the legal controversy to eventually find its way to the Supreme Court. A court injunction of some kind to temporarily forestall the administrative dismantling of the Affordable Care Act pending those appeals seems likely.

Judge O’Connor’s ruling is not expected to become effective in the immediate future. The decision has “no impact to current coverage or coverage in a 2019 plan,” Seema Verma, administrator for the Centers for Medicare and Medicaid Services, wrote on Twitter.

Henneke outlined the Affordable Care Act’s journey through the courts.

In a 2012 case known as NFIB v. Sebelius, the Supreme Court upheld the all-encompassing, 2,000-page act as constitutional, on the theory that the individual mandate—which forced Americans to buy health insurance even if they didn’t want it—was a valid exercise of Congress’s power to tax. Chief Justice John Roberts surprised many by voting to uphold the law, leading to a 5–4 vote in favor.

The court again upheld the individual mandate in 2015 in King v. Burwell, in a 6–3 vote. In 2017, Congress effectively rendered the mandate a legal nullity by reducing the tax penalty for not purchasing insurance to zero effective 2019.

Nineteen states, including Texas, and consumers then filed suit contending that the revised law was unconstitutional because the individual mandate was so integral to the law that it could not function without it. Sixteen states took the opposite position and argued the changed statute should be upheld.

The new ruling is “the third chapter in the trilogy” of major challenges to the Affordable Care Act, Henneke said.

“The entire Affordable Care Act, when it was originally crafted by Congress, was built around the individual mandate penalty—the premise that the way to fund and to make viable this entire regulatory scheme was by compelling individuals to purchase health insurance,” Henneke said. “Hard-written into the statute in many ways is how it’s an essential component and how the regulatory scheme doesn’t function without the individual mandate penalty.”

Henneke said that in the NFIB v. Sebelius case, the Supreme Court construed the mandate as an exercise of congressional taxing power because it generated revenue, rejecting the government’s argument that the mandate could be justified under the Constitution’s Commerce Clause.

Because the mandate penalty was zeroed-out, it no longer would generate revenue and cannot be deemed an exercise of congressional tax power, he said.

According to Judge O’Connor’s decision, the mandate is “therefore … unconstitutional and because the entirety of the Affordable Care Act is built around the individual mandate penalty … the entire statute failed and was declared invalid.”

As a result of the ruling, the outlook for American health care is bright, Henneke said.

“I think we can look back over the last few years and take away some lessons that we can implement at the state level to drive back down costs but also provide for choice of health care provider, and also to look at the regulatory system of insurance and ways that we can restore the relationship between doctor and patient,” he said.

“So all of that should start now and all of that can be happening now while litigation proceeds. My hope is that we can restore integrity to our health care system and fix these problems that Obamacare has caused and that continue to be a major challenge for millions of Americans who have lost their insurance because they can’t afford it anymore, or have lost their doctors because they’re not covered by an Affordable Care Act plan.”

Late Dec. 14, President Donald Trump wrote on Twitter: “As I predicted all along, Obamacare has been struck down as an UNCONSTITUTIONAL disaster! Now Congress must pass a STRONG law that provides GREAT healthcare and protects pre-existing conditions.”

A few minutes later, he added: “Wow, but not surprisingly, ObamaCare was just ruled UNCONSTITUTIONAL by a highly respected judge in Texas. Great news for America!”