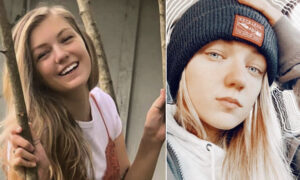 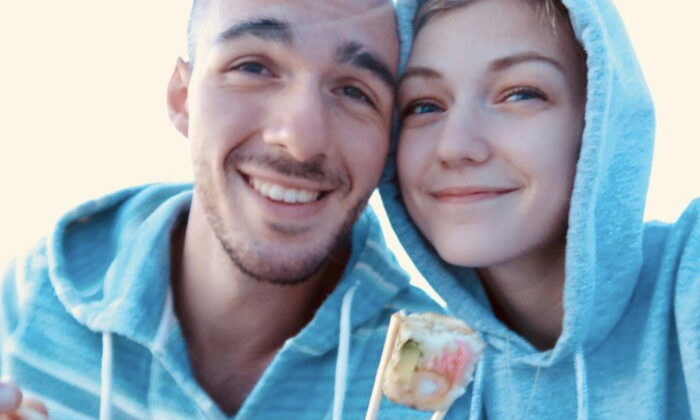 The family of Gabby Petito, whose case has drawn international headlines, held a news conference on Tuesday to announce a foundation in the woman’s name, but they also alleged the family of her missing fiance, Brian Laundrie, hasn’t been cooperative.

Speaking on behalf of the Petito family, attorney Richard Stafford claimed, “The Laundries did not help us find Gabby. They are sure not going to help us find Brian. For Brian … we are asking you to turn yourself in.”

Laundrie, a person of interest in the case who is wanted by the FBI for bank fraud, disappeared earlier this month just days after he returned to his home in Florida from a cross-country trip without Petito. On Sept. 11, Petito’s family reported her missing, and last week, her body was found in a Wyoming campground before a local coroner ruled her death a homicide.

A massive search for Laundrie has been carried out in Florida’s Carlton Reserve after officials said his parents directed them there. They said that he traveled to the swampy wilderness area earlier this month and hasn’t returned.

“I want to ask everyone to help all the people that are missing and need help,” Joe Petito, the woman’s father, said during the Tuesday news conference. “It’s on all of you, everyone that’s in this room, to do that.”

A day before, the parents of Laundrie released a statement via their lawyer saying that “Chris and Roberta Laundrie do not know where Brian is,” adding: “They are concerned about Brian and hope the FBI can locate him.”

“The speculation by the public and some in the press that the parents assisted Brian in leaving the family home or in avoiding arrest on a warrant that was issued after Brian had already been missing for several days is just wrong,” the lawyer, Steven Bertolino, added in the Monday statement.

On Sept. 20, FBI agents announced they executed a search warrant at the Laundrie family home in North Port and were seen carrying loads of evidence from the house.

Meanwhile, reality TV star Duane “Dog the Bounty Hunter” Chapman said he is joining the search for Laundrie and was seen knocking on the family home’s door over the weekend. No one answered.

On Monday, Chapman told Fox News that he received a tip that Laundrie and his parents camped together at Fort De Soto Park in Pinellas County in early September, claiming the family took several trips to Fort De Soto between Sept. 1 to Sept. 3 and Sept. 6 to Sept. 8.

“They were registered, went through the gate,” the TV star said. “They’re on camera. They were here.”