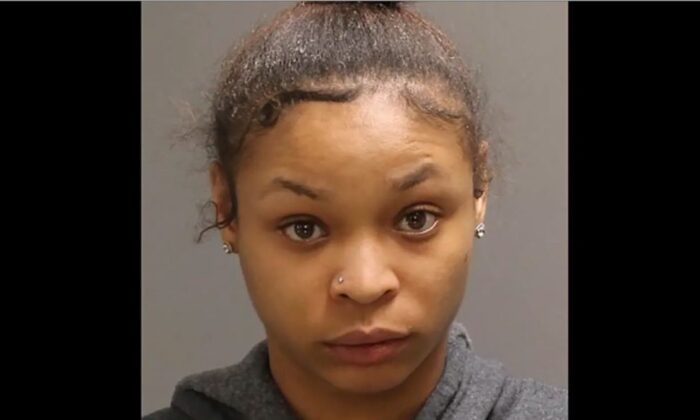 The suspect accused of killing two Pennsylvania state troopers on Interstate 95 while under the influence has expressed remorse, according to her lawyer.

Jayana Tanae Webb, 21, was charged with third-degree murder, homicide by vehicle while DUI, manslaughter of a law enforcement officer in the second degree, driving under the influence, and other charges.

Authorities told local media that her blood alcohol content was about twice the legal limit.

“Right now she’s devastated,” said Michael Walker, Webb’s attorney, according to 6ABC. “She’s extremely saddened. She is not a violent criminal. She has no criminal past, has no prior contacts with police whatsoever.”

“Several passing motorists called 911 after observing the pedestrian, identified as Oliveras, walking in the southbound lanes of travel on I-95,” said the Pennsylvania State Police in a statement. “Troopers Martin F. Mack III and Branden T. Sisca, of Troop K, Philadelphia, located him and were in the process of securing him in their patrol vehicle when they were struck by Webb just before 1:00 a.m. on Monday, March 21.”

Walker declined to address claims of her alleged social media posts about driving while intoxicated. He also did not say how much she had been drinking, according to the Inquirer.

Accounts that were allegedly linked to Webb included posts about partying and driving under the influence, including one in January where she allegedly referred to herself as “the best drunk driver ever.”

“It’s all hearsay,” Walker said. “If we could just take a step back, there are families of the loved ones who perished. Spinning stories—it’s not the most appropriate.”

Walker also told the Inquirer that he cannot comment on anonymously sourced reports claiming Webb was pulled over for speeding by the same two troopers just minutes before the fatal collision.

“I don’t know that to be the case,” Walker said.

On Tuesday night, the local District Attorney’s Office said Webb allegedly confessed to officers she had been drinking Hennessy Cognac before the crash, reported NBC10.

Walker petitioned the court to offer Webb bail but was declined by a judge, according to local reports.