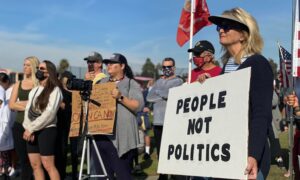 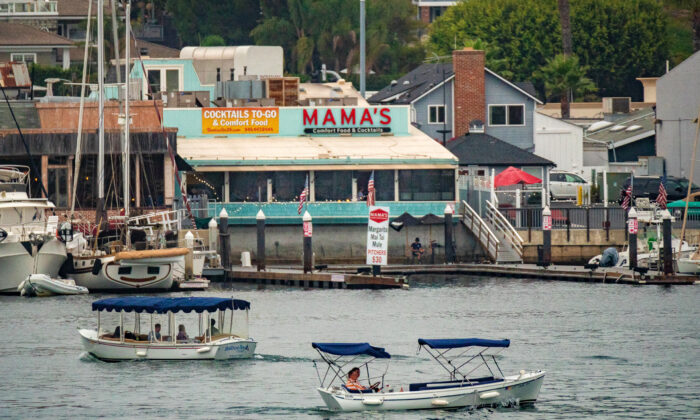 An attorney from Northern California has been charged with spray-painting a boat at Newport Harbor on the Southern California coast—causing an estimated $50,000 in damage—and then getting into a scuffle with the police officers sent to arrest him.

Kristoffer Steven Mayfield, 43, had allegedly spray-painted a sailboat inside and out, and was hurling objects into the bay at Marina Park in Newport Beach, when Orange County Sheriff’s Department deputies arrived on the scene on Dec. 29 around 11:16 a.m.

Sgt. Dennis Breckner told The Epoch Times that when Mayfield saw the deputies, he attempted to escape in the boat, which did not belong to him—and the deputies tried to stop him.

“He was attempting to untie the vessel, so that he could launch,” Breckner said. “The deputies stopped him from doing that.”

During the ensuing struggle, Mayfield allegedly assaulted a deputy, forcing the officers to radio for backup. Eventually, additional police officers arrived, and Mayfield was arrested.

Breckner said the suspect was then loaded onto a Harbor Patrol boat with an operator, a Newport Beach Police Department sergeant, and a sheriff’s deputy—but during the transport, Mayfield started kicking the officers, who were close enough to him to ensure his safety while onboard.

Mayfield jammed the sergeant’s leg between the gunnel and his foot, causing severe pain, according to Breckner. The officer suffered minor bruising injuries.

“The staff member thought his leg was going to break,” Breckner said.

Mayfield was next loaded into a Newport Beach police vehicle, where he continued to be combative. He had to be restrained further while being transported to the station.

“The suspect’s only complaint of pain was the handcuffs,” Breckner said.

Breckner said the suspect caused significant damage to the boat—spray-painting both outside and then extensively in the interior of the vessel—but it did not appear that he was trying to steal anything.

“Once he went inside and did felonious damage, that’s where the burglary occurs,” Breckner said.

Mayfield was charged with single counts each of grand theft, buying or receiving a stolen vehicle or equipment, vandalism, and resisting a sheriff’s deputy, all felonies, as well as single counts each of battery on a peace officer, damage to or setting adrift a vessel of another, and pollution of state waters, all misdemeanors.

The suspect threw random objects overboard, such as paint cans, which left remnants in the water. Many who called the police were concerned that the materials may have been caustic, Breckner said.

The vandalism appeared random, he added, though the motive has not yet been determined, and the relationship between the boat owner and Mayfield remains unclear.

There was no indication that Mayfield had been drinking.

The suspect was being held on $50,000 bail. He had been convicted previously in 2017 of driving under the influence in Solano County.