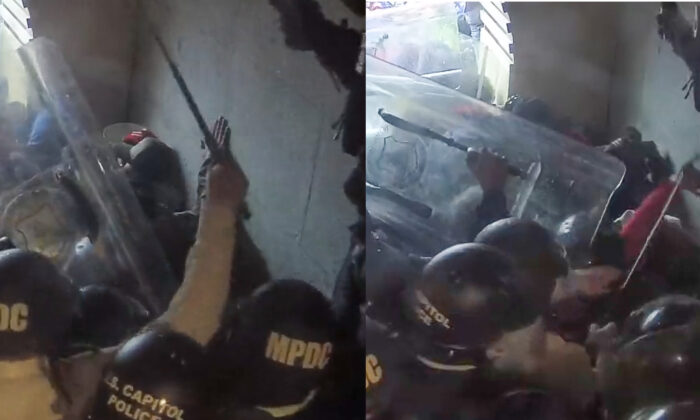 A man believed to be a police supervisor repeatedly strikes Victoria White with a baton. (Screen Capture/Joseph McBride)
By Joseph M. Hanneman