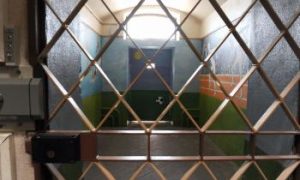 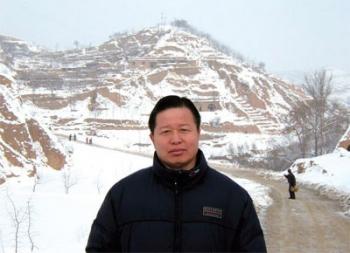 Matthew Robertson
Print
Chinese civil rights lawyer Gao Zhisheng, who has been held incommunicado since February 2009, spoke from the torture chamber on Monday. On Jan. 10, the Associated Press published an article it had embargoed for eight months, where Gao describes the sadistic treatment he received at the hands of Chinese security agents—or, more properly, thugs, though the difference in China is often unclear.

He gave the interview to AP in April in a Beijing tea house, as security agents waited just outside. His handlers had allowed him to speak to the press, apparently to allay international fears about how he was being treated. Allayed fear must have turned to deep dismay yesterday, when supporters read the testimony.

“For 48 hours my life hung by a thread,” he said, quavering, according to AP. “That degree of cruelty, there’s no way to recount it.”

After being captured in February of 2009, he was kept in a boarded up room with lights on 24 hours a day and fed rotten cabbage. In April he was bound with belts and had his face wrapped with a wet towel, making him feel that he was being slowly suffocated.

The worst torture he was put to was in September of 2009, which included being bound with plastic bags and pistol-whipped. His life hung by a thread for those 48 hours, he said. He refused to describe the abuse in detail, but said it was worse than the torture of 2007, of which there is a long, first-hand account online. During those 50 days of captivity in 2007, his captors beat him furiously, inserted toothpicks into his genitals, shocked his genitals with electric batons, and held burning cigarettes close to his eyes for hours at a time.

Gao was first targeted by the Communist Party in late 2006, after sending open letters to Hu Jintao and Wen Jiabao, condemning what he called the “barbaric” persecution of Falun Gong practitioners. Around that time he formally renounced his membership of the Chinese Communist Party (CCP), which he called “inhumane, unjust, and evil.” He said it was the proudest day of his life.

In late 2007, he sent an open letter to the U.S. Congress expressing similar sentiments. Since then he has been in and out of—though mostly in—extralegal captivity. After a respite around the 2008 Olympics, he was recaptured for the last time in February 2009, one month after his wife and children escaped China.

For the 14 months since then, until the AP interview in April 2010, security forces had hidden him in hostels, farm houses, apartments, and makeshift prisons in different parts of China, including in the far remote western province of Xinjiang. AP decided to make the document public after nothing had been heard from Gao for eight months.

No Rule of Law

At one point Gao asked why he couldn’t just be sent to prison. The response he received was telling. “You going to prison, that’s a dream. You’re not good enough for that. Whenever we want you to disappear, you will disappear,” a security agent told him, according to AP.