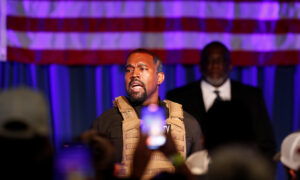 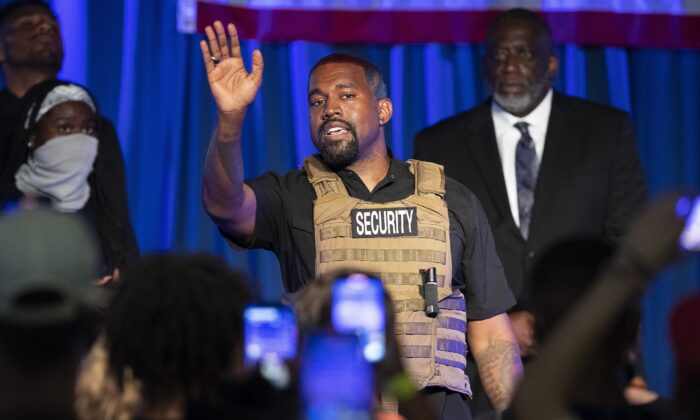 Billionaire rap artist/music producer and long shot White House hopeful Kanye West is being sued to keep his name off the Nov. 3 ballots in Arizona and Virginia, according to reports.

An Arizona resident sued to have West barred from appearing on the state’s ballot, accusing him of serving as an election spoiler and arguing that a law prohibits him from running in the state as an independent presidential candidate because he’s a registered Republican.

In Virginia, a law firm with ties to prominent Democrats filed a lawsuit on Sept. 1 on behalf of two people who say they were tricked into pledging their support for West’s candidacy. Part of the state’s requirement for a candidate to appear on the ballot is for 13 electors to provide their backing, The Associated Press reported.

The lawsuit filed in Arizona on behalf of the plaintiff, Rasean Clayton, claims that “if West is included on the ballot, the harm is done; including an unqualified candidate on the printed ballot will confuse voters and infringes on the core constitutional right to vote for qualified candidates,” 12news reported.

Some have claimed West’s candidacy is a bid to siphon black votes from Democratic presidential candidate Joe Biden. A top Democrat recently claimed there’s “no question” his run for the White House is meant to undercut support for Biden.

Attorney Tim LaSota, who represents West in the Arizona challenge, dismissed claims that West is trying to be a spoiler aimed at hurting Biden’s chances in Arizona.

“That’s just political hyperbole,” LaSota said. “I don’t want to get into the politics of it. But obviously I think there is a lot to be achieved by someone else running for president.”

LaSota described the lawsuit as a “last-ditch effort on the eve of the [signature filing deadline] to deprive voters of a choice.”

West, who once backed President Donald Trump, announced in July that he had broken with Trump and would launch his own presidential bid. He’s made it on the ballots in a number of states, including Arkansas, Minnesota, Colorado, Oklahoma, Utah, and Vermont.

West’s platform, unveiled on his official campaign website, features a photo of his 2020 vision board. It prominently displays an image of Jesus Christ, a dove representing peace, and two eagles suggestive of U.S. patriotism, along with the number “46.” An electoral victory would make him the 46th president of the United States.

His plan mirrors some of Trump’s policy aims, such as restoring the national economy and ending U.S. involvement in endless foreign wars.