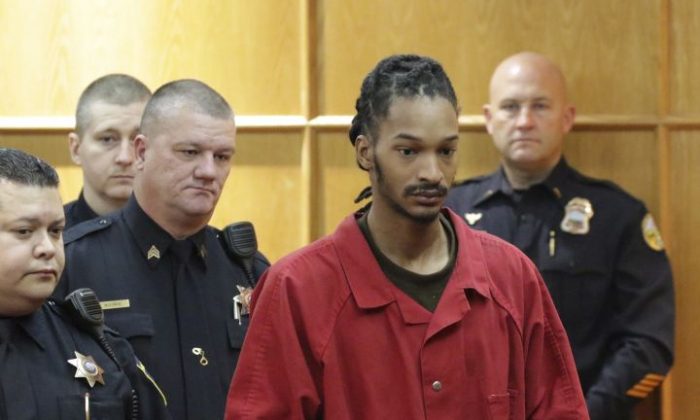 Johnthony Walker, the driver involved in the Nov.21, 2016 school bus crash that sent 31 of the 37 students on board to the hospital resulting in six fatalities, appears before Judge Lila Statom in Hamilton County General Sessions Court on Thursday, Dec. 15, 2016 for charges of vehicular homicide, reckless endangerment and reckless driving. Walker's case was bound over to the grand jury after an hour and a half of testimony from two Chattanooga Police Department officers. (Dan Henry/The Chattanooga Times Free Press via AP)
Crime and Incidents

The driver in a Tennessee school bus wreck that killed six children had a “sadistic” habit of driving recklessly and slamming on the brakes to discipline the children, a federal lawsuit said.

“This horror was foreseeable, predictable and preventable,” the lawsuit said, according to the Chattanooga Times Free Press.

The defendants had received complaints about the bus driver, Johnthony Walker, but did nothing to fix the problem, the lawsuit said.

Instead, Walker was assigned to the Woodmore Elementary School route — a move that was considered a punishment because of the large number of young children on the bus and the need for constant supervision.

That move caused Walker to resort to “dangerous, malicious, and sadistic methods of controlling the children,” including slamming on the brakes and swerving the bus to throw the children about, the lawsuit said.

Authorities say Walker, 24, was speeding when he wrecked on a curvy Chattanooga road last month, killing six and causing 12 others to be hospitalized. He faces charges of vehicular homicide, reckless driving and reckless endangerment.

“The Defendants could have protected the children on that bus from the danger they themselves had created — but they did not,” the lawsuit said.

School board Chairman Steve Highlander declined to comment on the lawsuit, but expressed his condolences for the families of the victims.

Attorney Ronald Berke filed the lawsuit for the families of two crash survivors and on behalf of all the passengers and their families.

It is the first federal lawsuit filed since the crash. At least six state lawsuits have been filed by other attorneys.