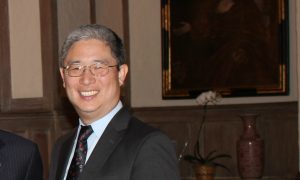 Did the FBI Use Formal Interviews With Ohr to Transmit Information From Steele?
0
Share Now
TelegramFacebookTweetEmailTellMeWeReddit
Copy Link
Crossfire Hurricane

A federal judge ruled in favor of BuzzFeed on Dec. 19 after the news website was sued for defamation following its publication of the so-called Steele dossier on Jan. 10, 2017.

Contained within this ruling were a significant number of details related to the dossier and its dissemination, including some previously unknown information relating to activities on the part of David Kramer, a longtime associate of the late Sen. John McCain (R-Ariz.), along with the disclosure of a number of individuals who received copies of Steele’s final report.

The Steele dossier is actually a collection of 17 reports that former MI6 agent Christopher Steele wrote between June 20, 2016, and Dec. 13, 2016. Steele’s final memo is also known as Report 166.

The ruling states that “the record does not reveal what, if anything, these people did with the report.”

The disclosure that Steele provided copies of his final memo to Wallander, Kinzinger, and Burks appears to be new information.

Burks was appointed as the Wisconsin Republican’s chief of staff on Dec. 14, 2016, succeeding David Hoppe, who was leaving to “pursue other interests.” Steele’s Report 166 must have come into Burks’s possession almost immediately after he assumed his new post.

The Daily Caller received a response from AshLee Strong, a spokeswoman for Ryan’s office, who said, “Burks has never met Christopher Steele nor received any document directly from him. However, he was aware of and had read the dossier prior to its publication.”

It’s unclear exactly how Burks was provided the document and to what degree, if any, he then disseminated it to others—possibly including his boss, Ryan.

Kinzinger, who stated in August 2016 that he couldn’t support Trump’s nomination, has been a frequent critic of the Trump administration.

The identity of the unidentified UK security official remains unknown, although former Government Communications Headquarters (GCHQ) chief Robert Hannigan and current MI6 head Alex Younger have been suggested as possibilities. In early fall of 2016, Steele and his business partner, Christopher Burrows, met with former MI6 head Sir Richard Dearlove at the Garrick Club in London. According to reporting by the Washington Post, Dearlove “advised Steele and Burrows to work discreetly with a top British government official to pass along information to the FBI.”

According to reporting from Luke Harding of The Guardian, in the summer of 2016, GCHQ’s Hannigan traveled to Washington to meet with then-CIA Director John Brennan regarding alleged communications between the Trump campaign and Moscow.

Hannigan’s meeting was somewhat noteworthy, in that Brennan wasn’t Hannigan’s counterpart. That position belonged to NSA Director Mike Rogers. Hannigan abruptly announced his retirement on Jan. 23, 2017—three days after Trump’s Jan. 20, 2017, inauguration. This, according to The Guardian, prompted “speculation that it might be related to British concerns over shared intelligence with the U.S. in the wake of Donald Trump becoming president.”

McCain famously denied ever providing a copy of the dossier to BuzzFeed, telling the Daily Caller, “I gave it to no one except for the director of the FBI. I don’t know why you’re digging this up now.”

Although the court ruling doesn’t reference whether McCain directed Kramer to provide the dossier to BuzzFeed, it would seem unlikely that Kramer would take that action upon himself, particularly with his knowledge that McCain provided then-FBI Director James Comey a copy of the dossier just over a week prior.

There is apparently some dispute as to how Benzinger obtained physical possession of the dossier. A footnote within the court document notes there is disagreement between Kramer and Bensinger about whether “Kramer gave Bensinger a copy or whether Bensinger took photos of the Dossier when Kramer was not looking.”

Kramer testified that “Bensinger took photos of the Dossier when Kramer was out of the room, even though he asked Bensinger not to.” However, the court ruling also notes that “in a later declaration, Kramer stated that he had no objection to Bensinger taking a hard copy and had provided hard copies to other journalists.”

The disclosure that Kramer provided copies of the dossier to other journalists—who, for now, remain unnamed—is also new information.

The dossier had been fed into U.S. channels through several different sources. One such source was Sir Andrew Wood, the former British ambassador to Russia, who had been briefed about the dossier by Steele. Wood may also have worked on behalf of Steele’s company, Orbis Business Intelligence—he was referenced in a court filing as an Orbis associate.

Wood later relayed information regarding the dossier to McCain during a meeting at the Halifax International Security Forum. McCain then dispatched Kramer to London to meet with Steele on Nov. 28, 2016. Kramer reviewed all the memos during his London meeting with Steele. Upon his return, Kramer was provided a copy of the dossier, which at that point consisted of 16 memos, from Fusion GPS head Glenn Simpson. Fusion GPS had been commissioned by law firm Perkins Coie, on behalf of the Clinton campaign and the DNC, to produce the dossier, for which the company hired Steele.

According to the Buzzfeed Court ruling, Kramer, McCain, and Christopher Brose, McCain’s chief of staff, met to review the dossier on Nov. 30, 2016. Kramer “advised McCain to share the reports with the FBI and CIA.” McCain later passed a copy of the dossier to Comey on Dec. 9, 2016. It isn’t known if McCain also provided a copy to then-CIA Director John Brennan. Notably, Brennan did attach a two-page summary of the dossier to the Intelligence Community Assessment that he delivered to outgoing President Barack Obama on Jan. 5, 2017.

Several days after McCain, Brose, and Kramer met to discuss the dossier, the court ruling notes that McCain instructed Kramer to meet with Victoria Nuland, the Assistant Secretary of State for Europe and Eurasian Affairs, and Russian Affairs Director Wallander.

The purpose of the meeting was to verify if the dossier “was being taken seriously.” Both Nuland and Wallander were previously aware of the dossier’s existence and both officials previously knew Steele, whom “they believed to be credible.” Kramer didn’t physically share the dossier with them.

Nuland had actually received a copy of the earlier Steele memos back in July 2016.

Steele had known members of the FBI’s Eurasian Joint Organized Crime Squad for years, after Steele provided assistance in the FBI’s investigation into bribery and corruption throughout FIFA, soccer’s international governing body, in 2010. The Eurasian Organized Crime unit, which was headed by Michael Gaeta at the time, specializes in investigating criminal groups from Georgia, Russia, and Ukraine.

Following Steele’s involvement in the FIFA scandal, he began to provide reports informally to the State Department, according to Guardian journalist Luke Harding:

“These were written for a private client but shared widely within the U.S. State Department, and sent up to Secretary of State John Kerry and Assistant Secretary of State Victoria Nuland, who was in charge of the U.S. response to Putin’s annexation of Crimea and covert invasion of eastern Ukraine.”

Gaeta, an FBI agent and an assistant legal attaché at the U.S. Embassy in Rome, met with Steele in London on July 5, 2016, for the express purpose of receiving the dossier.

For this visit, the FBI sought permission from the office of Nuland, the assistant secretary of state for European and Eurasian affairs. Nuland, who had been the recipient of many of Steele’s reports, gave permission for the more formal meeting. On July 5, 2016, Gaeta traveled to London and met with Steele at the offices of Steele’s firm, Orbis.

Nuland provided this version of events during a Feb. 4, 2018, appearance on CBS’s Face the Nation:

“In the middle of July, when he [Steele] was doing this other work and became concerned, he passed two to four pages of short points of what he was finding and our immediate reaction to that was, this is not in our purview. This needs to go to the FBI if there is any concern here that one candidate or the election as a whole might be influenced by the Russian Federation. That’s something for the FBI to investigate.”

It is unknown if Wallander also received a preliminary copy of the dossier in July, but as the court ruling notes, Wallander had been aware of the dossier prior to her December meeting with Kramer.

Steele also met with Jonathan Winer, a former deputy assistant secretary of state for international law enforcement and a former special envoy for Libya. Steele and Winer had known each other since at least 2010. In an opinion article in The Washington Post, Winer wrote the following:

“In September 2016, Steele and I met in Washington and discussed the information now known as the ‘dossier.’ Steele’s sources suggested that the Kremlin not only had been behind the hacking of the Democratic National Committee and the Hillary Clinton campaign, but also had compromised Trump and developed ties with his associates and campaign.”

In a strange turn of events, Winer also received a separate dossier, very similar to Steele’s, from longtime Clinton confidant Sidney Blumenthal. This “second dossier” had been compiled by another longtime Clinton operative, former journalist Cody Shearer, and echoed claims made in the Steele dossier. Winer then met with Steele in late September 2016 and gave Steele a copy of the “second dossier.” Steele went on to share this second dossier with the FBI, which may have used it to corroborate his dossier.

It’s somewhat ironic that these disclosures are being made just as the credibility of the Steele dossier is falling apart. As we recently noted in the article “4 Major Blows to the Steele Dossier,” even Michael Isikoff, the Yahoo News reporter who met with Steele in September 2016, has admitted to his doubts regarding the dossier:

“When you actually get into the details of the Steele dossier, the specific allegations, we have not seen the evidence to support them, and, in fact, there’s good grounds to think that some of the more sensational allegations will never be proven and are likely false.”

Finally, Steele himself admitted in a recent court filing that he was hired for the purpose of providing information that would allow Clinton to challenge the validity of the 2016 election. Although a formal legal challenge was never mounted, the Steele dossier was used precisely for its intended purpose.