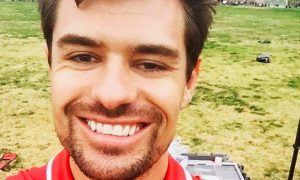 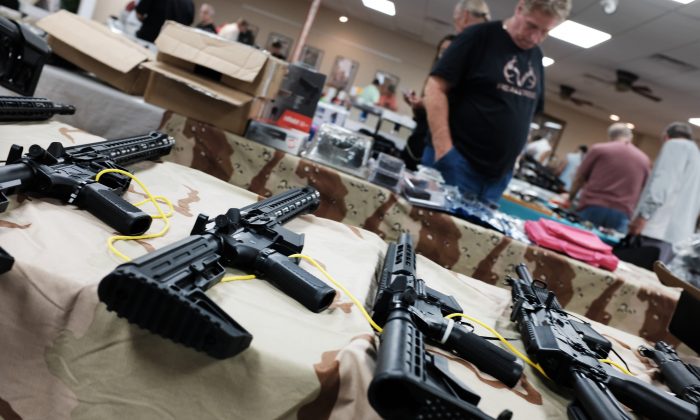 A Southern California county fair is being sued by the California Rifle & Pistol Association (CRPA) over its controversial ordinance prohibiting firearm vendors from continuing a gun show that has been held there for 30 years.

The lawsuit, which was filed on Jan. 21, argues that a gun show ban passed by the board members of Del Mar Fair in 2018 is unconstitutional and violated the plaintiffs’ Second Amendment rights and others.

“The 41-page complaint alleges that the Del Mar action has purposely violated the First Amendment free speech rights of the plaintiffs and constitutes a prior restraint on speech, along with the equal protection of the plaintiffs,” said a written statement from the CRPA.

Crossroads of the West, one of the plaintiffs, has held gun shows about five times a year at the fairground over the past 30 years, according to Fox 5.

In September 2018, the 22nd District Agricultural Association, a nine-member board that operates the Del Mar Fairgrounds on behalf of the state, decided to stop renewing the contract with the Crossroads of the West Gun Show for 2019.

Lots of people at the Del Mar Fairgrounds Board of Directors meeting voicing support & opposition for the Crossroads of the West Gun Show. With so many speakers, board went straight to public comment. Next gun show here is May 19-20. Board isn’t taking action on this today. pic.twitter.com/Sb3V6M2zC7

The board voted 8–1 to put the gun show on hold while the board develops a comprehensive policy, which includes converting the show to one that only serves educational and safety training purposes as well as enhancing its security plan, according to a statement the board released in September 2018.

Board President Steve Shewmaker said at a meeting that he’s concerned about safety issues after several arrests were made in the fairground as felony offenders sent “their wives and girlfriends in to buy ammunition and guns” at the gun show.

More pics: https://t.co/mLZVqybJ8w As the two-day Crossroads of the West Gun Show was going on inside the Del Mar Fairgrounds, about 80 supporters from NeverAgainCa protested the gun show from outside the fairgrounds. @sdut @sdutPhotography pic.twitter.com/ivjgnByIn0

The new policy regarding the gun show is expected to be established by December 2019. However, the board’s decision didn’t convince everyone.

“It sounds like a nice, ‘here is our olive branch,’  but it’s really nothing. It means we’re going to do whatever we can to make sure you can’t do your business model the way you normally operate,” Tracy Olcott, president of Crossroads of the West, told Fox 5.

Olcott also said the Crossroads shows typically brought the fairgrounds between $500,000 and $700,000 a year.

The CRPA indicated in its statement that the ban is one of the campaigns aiming to annihilate gun shows at “several state-owned fairgrounds” across the state led by anti-gun activists who are trying to eliminate the “gun culture.”

In 2018, then-Gov. Jerry Brown vetoed a bill that would prohibit gun shows at the Cow Palace, which is a state-owned fairground in the Bay Area. Crossroads of the West is also the gun show organizer at the Cow Palace.

“In fact, the Fairground’s own head of security noted that the gun shows are operating in full compliance with the law and that there are no safety concerns with the show,” the statement read. “Nonetheless, the Del Mar Fair Board bowed to the political pressure of anti-gun activists and gave in to those Board members with a particularly strong bias against the tens of thousands of individuals who attend these shows.”