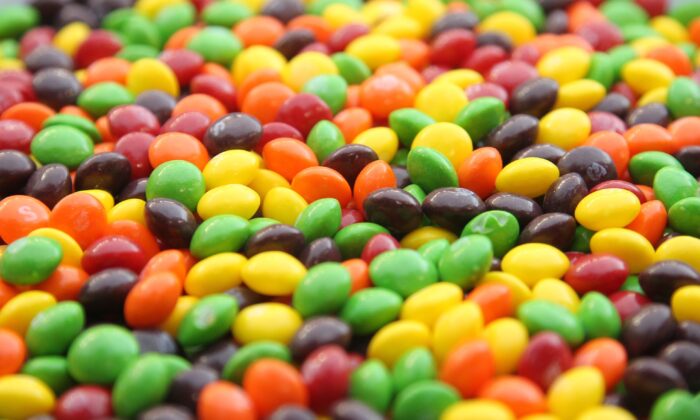 A civil lawsuit has been filed against Skittles alleging that the candies are unsafe for human consumption because they contain a known toxin that the company had pledged six years ago to phase out.

Jenile Thames alleged in a proposed class action suit filed on Thursday that Mars was using “heightened levels” of titanium dioxide, or TiO2, a chemical compound used as a food additive.

Thames, who lives in San Leandro, California, purchased an Original Skittles product around April, but would not have done so had he been aware of “the true facts” about the contents of the product, according to the lawsuit.

Titanium dioxide is used to enhance the colors of the Skittles. “Significantly, Defendant need not rely on the use of TiO2 to achieve this result,” reads the complaint (pdf) filed in the U.S. District Court for the Northern District of California.

“A reasonable consumer would expect that [Skittles] can be safely purchased and consumed as marketed and sold. However, the products are not safe,” attorneys wrote.

The lawsuit is seeking unspecified damages for fraud and violations of California consumer protection laws.

Titanium dioxide is set to be banned in the European Union in August, the complaint noted. The ban comes after a food safety regulator there had deemed the chemical compound unsafe because of “genotoxicity,” or the ability to change DNA.

The lawsuit from Thames said that people who consume Mars’s products “are at heightened risk of a host of health effects for which they were unaware stemming from genotoxicity—the ability of a chemical substance to change DNA.”

In a statement to news outlets, a Mars spokesperson said the company does not comment on pending litigation, but that Mars’s use of titanium dioxide is in compliance with regulations under the U.S. Food and Drug Administration (FDA).

Mars had publicly stated in February 2016 that it would phase out artificial colors from its food products over the following five years, attorneys for Thames noted in the complaint.

The lawsuit alleged that Mars “has long known of the health problems posed by TiO2.”

In October 2016, Mars confirmed that titanium dioxide was among the artificial colors being removed, according to the Center for Food Safety, citing an email from Mars.

According to the lawsuit, the reason for eliminating titanium dioxide is “simple.”

“TiO2—which is used in paints, coatings, adhesives, plastics, printing inks, and roofing materials—has demonstrated an ability to pass through biological membranes, circulate through the body, and enter cells,” the complaint reads.

“Research shows that the effects are serious, including DNA and chromosomal damage, organ damage, inflammation, brain damage, genital malformations, lesions in the liver and kidneys, and cell neurosis.”