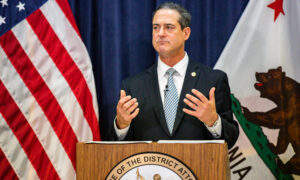 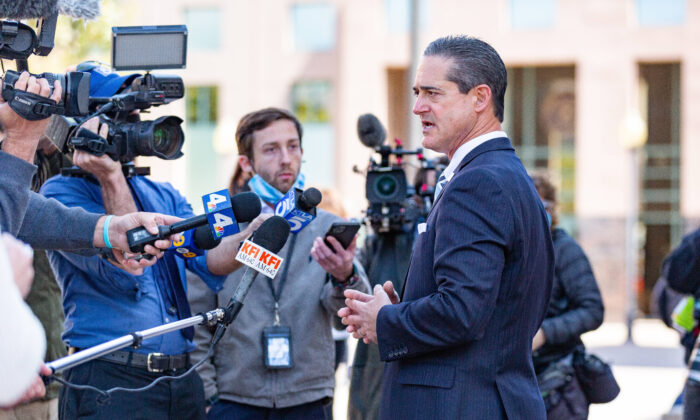 The April 5 filing relates to a Newport Beach surgeon and his girlfriend, and claims the case was compromised due to a personal relationship Spitzer had with a defense attorney.

The complaint was filed by Jennifer Kearns, a former police officer with the Long Beach Police Department who has been employed as an investigator with the OCDA’s office since 2017.

Kearns was the lead investigator in the rape case against Dr. Grant Robicheaux and his girlfriend Cerissa Riley, who were accused of drugging and raping various women in 2018.

“After his selection as DA, Spitzer apparently colluded with the defense while engaging in a concerted political campaign to undermine the prosecution, discredit the victims, and ultimately destroy the criminal case against the criminal defendants,” the lawsuit writes.

The lawsuit also alleges that Spitzer began the process of dismantling the prosecution team by removing deputy district attorney Jennifer Walker, who had extensive experience and specific expertise in sexual assault crimes, from the case.

The OCDA is refuting the claims.

“The prior district attorney represented that there were up to 1,000 unconscious sexual assault victims on video,” OCDA spokeswoman Kimberly Edds told The Epoch Times via email.  “In fact, there were none.”

Due to the alleged misconduct that occurred under Rackauckas’ term, the OCDA’s office reexamined all of the evidence in support of the case by conducting a de novo review.

Edds said that the de novo review was uninfluenced by Spitzer, adding that prosecutors involved reviewed evidence “without interference and without any pre-ordained conclusion.” The motion to dismiss the charges was based on the belief that the evidence in the case was insufficient to prove guilt, she said.

“Anyone can make allegations in a claim, but those are not facts. We look forward to litigating this in a court of law where it belongs.”

Those behind the lawsuit appear to see things differently.

“Spitzer’s de novo review was mere window dressing,” the lawsuit says. “Its predetermined outcome was to provide justification for Spitzer’s agenda of disrupting the criminal prosecution.”